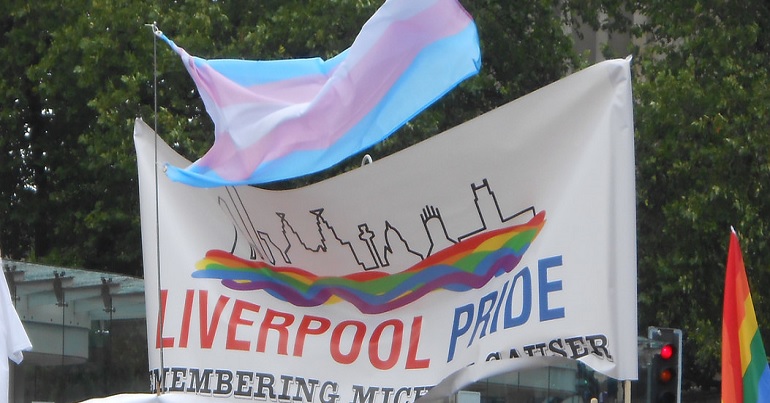 An international conference hopes to turn Liverpool pink this weekend as it takes centre stage to debate, discuss, and showcase LGBTQ+ history.

The fourth OUTing the Past conference (formerly known as Sexing the Past) is at Liverpool’s John Moores University from 16 to 18 March. Run in conjunction with LGBT History Month and the OUTing the Past festival, it charts the past, present and future of the LGBTQ+ community. The organisers say it is a conference:

dedicated to examining the subjects and methodologies that are part of LGBT+ history. It attracts delegates involved in academic research related to a wide array of disciplines, political & human rights activism, as well as other voluntary organisations and professional practices.

The 2018 conference has five broad aims:

Dr Jeff Evans, joint national coordinator of the OUTing the Past festival, told The Canary:

This year’s St Patrick’s weekend will see not only a celebration of the patron saint of Ireland, but also of international gender and sexual diversity. The OUTing the Past Festival conference of LGBTQ+ history and activism, which brings together scholars and human rights activists from home and abroad, including the US, France, Germany, Portugal, Denmark, Norway, Sweden, Ukraine, and Bulgaria, South East Asia, and Russia, for a weekend of pioneering presentations and networking.

The OUTing the Past conference has a diverse programme of events, debates, presentations, and performances. It begins with the fourth annual Allan Horsfall lecture, this year given by musician, radio presenter, and activist Tom Robinson. His address will be introduced by human rights campaigner Peter Tatchell, who said in a statement:

If we do not know our LGBT+ past, we cannot understand our present and create a successful LGBTQ+ future. I am proud to support and speak at OUTing the Past 2018 – a fascinating, sparkling array of talks and exhibitions shining a spotlight on many hidden LGBTQ+ histories.

Along with the Horsfall lecture, highlights of this year’s programme include:

Social change: ‘won from below’

Labour MP and shadow international development minister Dan Carden will also be chairing a panel. He said of the conference:

Real social change is never gifted from above; it is won from below. Through the cumulative creativity and countless acts of bravery of LGBTQ+ activists, we enjoy the rights we have today, and in their name continue the ongoing fight for a world free from prejudice. This event brings together scholars and Human Rights activists from around the world to explore that remarkable history, and I’m delighted that it’s taking place right here in Liverpool.

The OUTing the Past conference looks set to be its most diverse yet, showcasing a community’s history that’s full of persecution, resistance, and struggle. But it’s also one awash with achievement and hope. As Evans said of the conference:

For those interested in gaining a more informed and rounded reading of our collective history, they could not do much better than attending the festival conference. It will provide an unparalleled and deeply thought-provoking introduction to the subject.

– Find out more about OUTing the Past, book for its conference launch, or register for the full event.