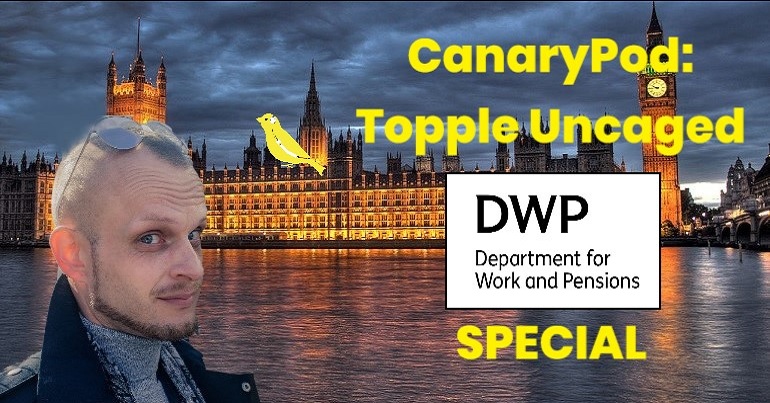 This week it’s a Department for Work and Pensions (DWP) special. So, joining me to discuss this is journalist and driving force behind the Universal Credit Sufferer website Alex Tiffin. Plus, Mark from the fantastic political DJ act Feminist Jukebox is talking all things musical.

Brexit stories from The Canary.

Hitachi gives May a lesson in reality [paywall]

A watershed moment is happening for millions of missing people

Police speak to Prince Philip for not wearing seat belt

Free Flying With… a DWP special news articles/tweet in order:

DWP sneaks in £7,300 cut to Pension Credit couples with a working age member

The DWP has admitted 21,000 people died waiting for benefits

Universal Credit via The Canary

I Heard It Through The Grapevine via The Slits

Del Boy Falls Through the Bar via BBC Comedy Greats

Only Fools and Horses Theme Song via LeeWalker95