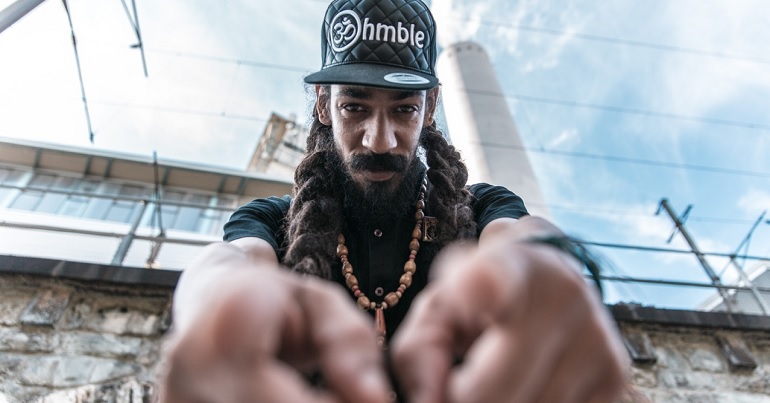 A world-renowned reggae artist has recently dropped his latest EP. But far from being a traditional sound, he has taken the genre into a whole new area – mixing bang-up-to-date music with reggae sensibilities. The result is a phenomenal, conscience-led piece of art aimed at bridging generational gaps.

Cali P is one of the more seasoned artists of the roots reggae genre. Having launched his solo career in 2005, tracks like Jah Rule The World and Dem Ago Burn Up catapulted him into the roots hall of fame. He’s racked up four number one albums on the iTunes reggae chart, released over 300 tracks, and repeatedly toured globally. But his musical style is eclectic. His mother was from Switzerland and his Rastafarian father from Guadeloupe (himself being a musician in the group Akiyo). So these influences have in part shaped Cali P into a multicultural and multidimensional musician.

But now, he’s taken this boundary-breaking into fresh territory with his latest EP Vizion I. So The Canary caught up with him to discuss the project, his unique fusion of styles, 21st-century geopolitics, and just what his ‘vizion’ as an artist is. (You can listen to the full interview below.)

Vizion I is a collaboration with German producer Teka. Released via LowLow Records, it’s a four-track EP with accompanying videos. The first standout part of Vizion I is that Cali P and Teka have rolled the visuals for the four tracks into one, which almost creates a short film with a continuous story running through it. This hints at the project’s overarching theme: that the audience should not view the tracks in isolation. They are four parts of a wider narrative.

But it’s the EP’s musical ingenuity which takes it to a whole new level. As Cali P told The Canary, he wanted to create something like this because:

What I want is my music just to be fresh…  I don’t want to make the same music I made five years ago… We’re trying to bring the ting on the next level… I very much love to work with the younger generation, and I observe the younger generation. Like me, I was in music… at a very, very young age. And what I loved at the time was not… exactly the same as maybe the elders would love.

So right now, if I see the younger generation coming with a new style… instead of being against it I want to find a way to work with it

This statement sums up Vizion I. Because Cali P and Teka have created a groundbreaking mix of musical styles, with the aim of transcending both genres and generations. 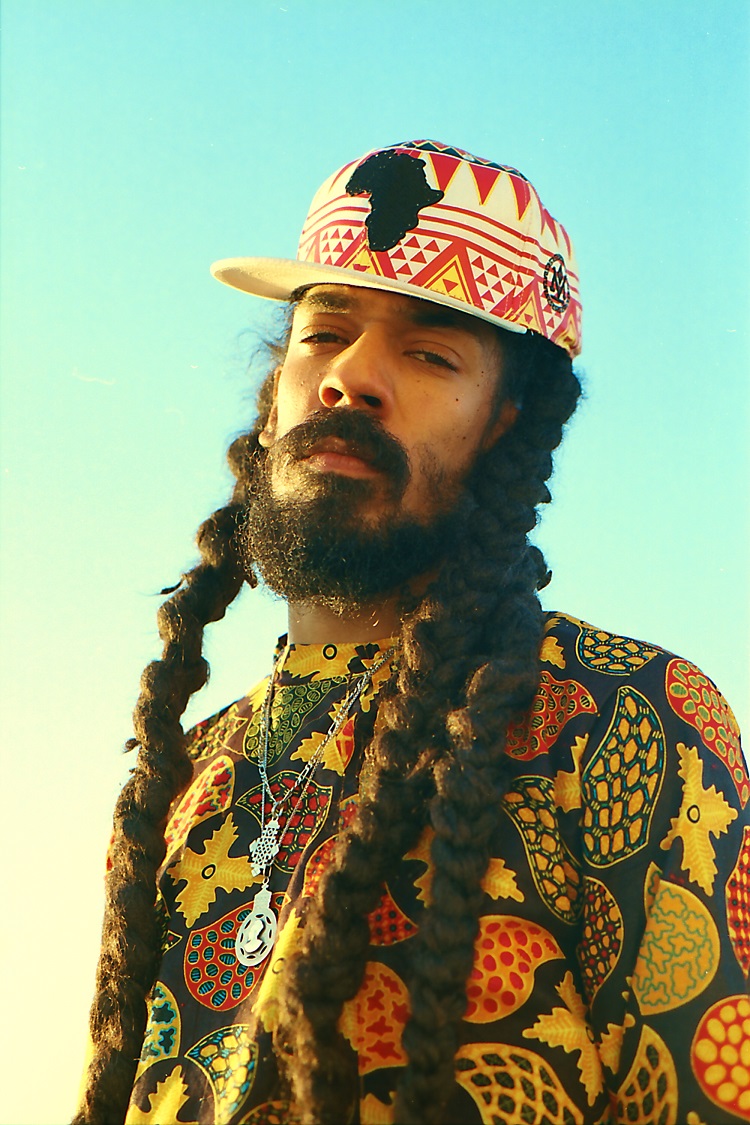 Vizion I is musically hard to pin down. Bubbling under the surface of its four tracks is the core reggae bubble pattern, where instruments play off the beat. This musical device gives a nod to the territory Cali P has come from. Mixing in with this roots bedrock are elements of various other genres. But the finishing layer of Vizion I is where Cali P and Teka have taken a bold yet inspired move. Because catapulting into every song is the influence of trap and its UK offshoot drill.

Cali P and Teka have taken many elements of these styles and thrust them onto Vizion I. But the result is not traditional trap. It’s a scintillating, fresh sound that rips up the musical rule book.

Kicking off the EP is When Things Go Up. It’s probably the most reggae-led track of the four. The bubble pattern is prominent, while dub influences are littered throughout. Trap cymbals rattle away in the background and there are elements of punctuated calypso-style backing vocals. Over the top, Cali P singjays (a Jamaican combo of singing and rapping) about maintaining your faith, hope and positivity against all the odds.

Track two is Baddest. Musically, it’s the most complex of the EP, giving thanks to some roots and dancehall legends. Opening like a trap record with a synth choral effect, suddenly kettle drums and the bubble pattern kick in and we’ve moved into undefinable territory. Cali P shows off his impressive vocal dexterity, pointedly spitting like a south London MC over a grime track. Behind him are once again calypso-style vocals. But the musical complexity doesn’t end there, as Middle Eastern elements like a lilting ney drift in and out. If you needed to redefine “eclectic” in the dictionary, Baddest would do it.

Life Lesson is possibly the stand-out track. Trap synths punctuate a distinctly hip-hop drum beat, with what sounds like a Hammond organ playing the bubble pattern. While the musical arrangement is less complex than the first two tracks, this seems intentional. Because it’s Cali P and Teka’s intended audience and the track’s message which are the focus. The video, here from 6:45 in, reminds of Eminem and Dr Dre’s Guilty Conscience. But the subject matter, of showing young people there’s an alternative to the path they may have chosen, is presented in a much more powerful way. As he spits:

Finishing up Vizion I is When You Hold Me. It’s a fascinating end to the EP. Cali P and Teka have taken a reggae bubble pattern and blended in hallmarks of trap. But the end result is a modern-day roots love song. You’re kind of put in mind of standards like Tarrus Riley’s She’s Royal:

As with much roots music, Cali P is led by his conscious and spiritual beliefs. The EP is heavily led by Rastafari faith and theology with messages countering the capitalist agenda: love, hope and unity.

But as with the rest of the project, Cali P and Teka have moulded the EP in such a way that these overriding messages are truly accessible to anyone who listens. All too often, the music industry is filled with hype over substance. Blessedly, much of the roots movement bucks this damaging trend. Because ultimately, if future generations can be influenced and moved in the right way by an artist’s music, then the seeds of political and social change can grow. Vizion I was also a personally conscious project from Cali P. He told The Canary this conscious level of artistry:

When I hear the whole trap vibes and like what you said – ‘the dark’… I don’t dislike it… I like the art. So I want to use this art and show them that we can do the same thing, that same vibe… Now, instead of telling somebody ‘Yo! Shoot this ra-ra-ra’, I tell them ‘Yo! Put down your gun!’ 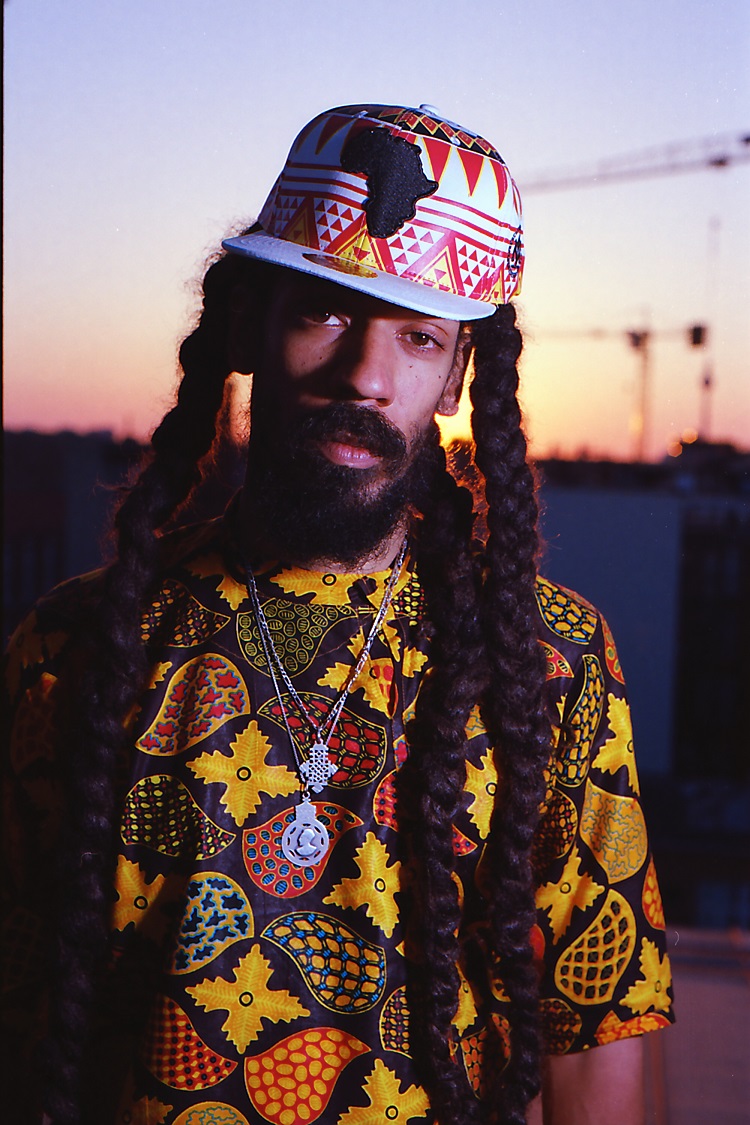 But Vizion I is not the end. Because Cali P and Teka have two more EPs to come. This approach is a bit unusual for the music industry, where complete albums drop every day of the week. But it’s an inspired move. It means firstly that the audience can focus on the four tracks, truly digesting their musical and lyrical depth. Moreover, it whets their appetites, leaving them craving the next instalment.

As with the whole project, this was a sure-footed and intentional move from Cali P. He told The Canary:

If Vizion I is anything to go by, parts II and III should be truly breathtaking.

Musically ingenious, lyrically on fire, and with a social and spiritual conscience on a par with its contemporaries, Vizion I is truly a vision of where the roots movement is – and should be – heading.

If Cali P and Teka continue the Vizion project at this stratospheric standard, it will rub shoulders with other groundbreaking works of the past year – Kabaka Pyramid’s Kontraband, Protoje’s A Matter of Time and Bay-C’s Holy Temple to name three. But it has also joined these in setting the bar for music as a force for political and social change. Now it’s up to other artists to see how high they can jump.