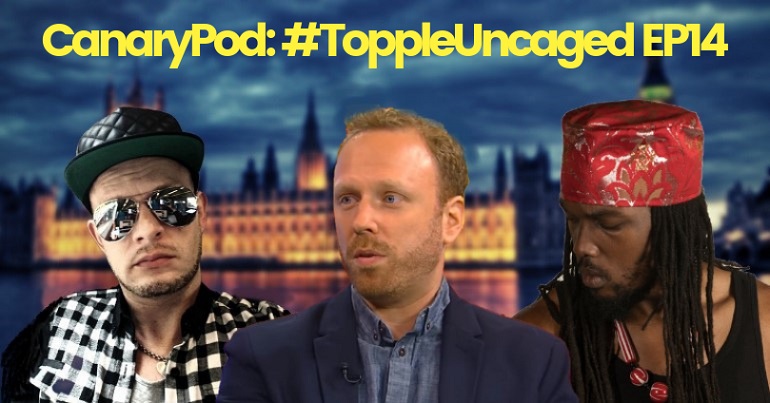 This week’s guests? One of the most important journalists of our era Max Blumenthal and the genius musician that is King MAS.

Climate change strike: Traffic outside Parliament at standstill as students take day off school to protest

Caster Semenya is ‘unquestionably a woman’, say her lawyers

Cuba warns of US military build-up near Venezuela

Come on @socialistworker and your other fronts like @AntiRacismDay and @pplsassembly isn’t it time you just stopped trying to co-opt and hijack other people’s grassroots movements? You’re part of the problem not part of the solution https://t.co/eAa1sdpvyG

Venezuela news from The Canary and the Grayzone Project

Rachel Johnson strips off on Sky News: Brexit remain campaigner ‘inspired by’ Dr Victoria Bateman ‘to get her voice heard’

#OnThisDay 2003: Between 750k and 2m people demonstrated in London in opposition to the imminent Iraq War. Protests also took place in 60 other countries.

Parliament segment via the Guardian

Babylon is Burning by The Ruts via pondscum77