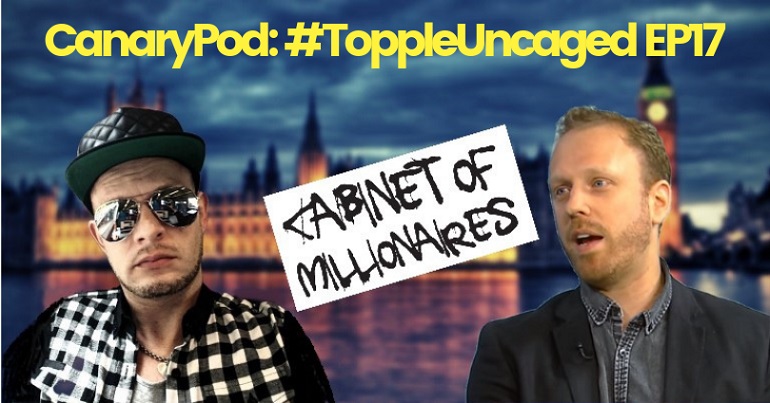 Reaction to Rudd’s reforms: Tinkering, crumbs and fears of a Trojan horse for cuts

Inside the Secretive U.S. Air War in Somalia: How Many Civilians Have Died as Strikes Escalate?

Hundreds of people have died homeless across the UK in the last year. Every single one is a death too many.
We will meet outside 10 Downing Street on 15 March at 6pm
Enough is enough..#NoMoreDeathsOnOurStreets
FB Event: https://t.co/jy3bVM6ubL pic.twitter.com/7wariDeh89

The MILLENNIAL with a £1.5million property empire

We are so far down the rabbit hole it's untrue.

From the party that brought you the 'rape clause' in welfare, discrimination against single mums in #UniversalCredit and austerity that disproportionately hit women #IWD2019 #InternationalWomensDay https://t.co/Vc3cxy2e55

Venezuela news from The Canary and the Graystone Project

Stories on antisemitism from The Canary

On and On by Erykah Badu via iOmega TV

Theresa via Cabinet of Millionaires:

Preview the remixes via Soundcloud:

Alice in Wonderland: I’m Late & Down the Rabbit Hole via Brunette from Cali/Disney.