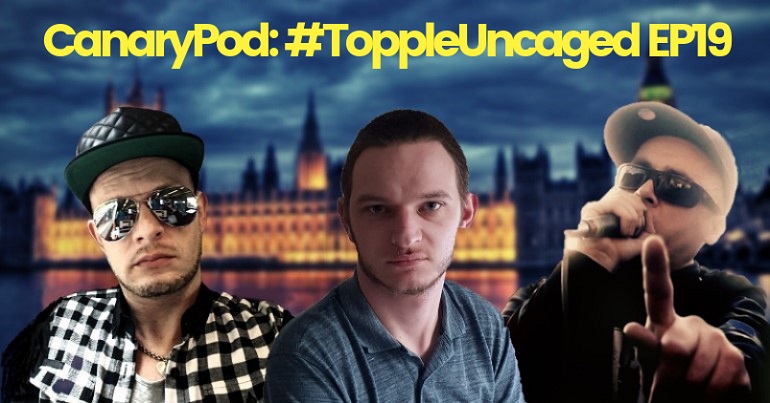 I’ll be giving you the quickest news round-up in the UK in Plucked News. Then, I’ll be going in on some of the biggest stories with a very special guest on Free Flying With… After that, you get to have your say on the week’s talking points in Twitter Chirps Back. And finally, I’ll be bringing you the freshest, most banging political music in Revolutionary Bird Song.

Brexit news from The Canary

Theresa May Reported To Police For Endangering MP’s Safety

Labour’s been mocked for calling for an election. Now it’s the only way out

A guest exposes how BBC talk shows dumb down debate

Petition for an independent inquiry into deaths linked to the DWP

Brexit news from The Canary

So, #bbcqt is NO LONGER on my #podcast – #ToppleUncaged

I want YOU to tell ME what YOUR views on the biggest stories are#Corbyn? #May? #RevokeA50Now? 😱

REPLY TO THIS TWEET & I'LL READ THE BEST OUT ON SUNDAY ⬇️ pic.twitter.com/tak6yXDGVW

Find out more about YT

Camera Show by Protoje via In.Digg.Nation