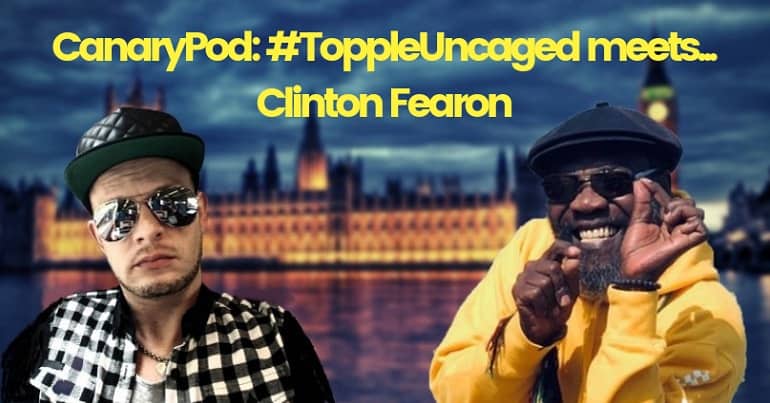 THE VIEWS EXPRESSED IN THIS EPISODE ARE THE OPINIONS OF THE HOST AND GUESTS.

In a special episode, I meet reggae royalty. Clinton Fearon has had a career spanning over 50 years. He joined the mythical group The Gladiators all the way back in 1969. A string of acclaimed singles and albums followed, as did Fearon’s work for legends like Lee Scratch Perry. At the end of the 1980s, he departed The Gladiators to form his own collective, The Boogie Brown Band. 12 albums followed, and now he’s back.

He has just dropped his latest track. Called Time, it comes as an EP with three different remixes. All of these showcase Fearon’s remarkable talent as a composer, lyricist and arranger. Time is a enchanting and musically ingenious mix of roots reggae. But it also has overtones of the golden era of soul and nods to more traditional (“trad”) jazz. It is the first track to be released from his forthcoming album, due out in September.

So, I caught up with Fearon for the #ToppleUncaged podcast. We spoke at length about his illustrious career, Time, his thoughts on the current crop of roots artists, how the music industry has changed and his new album.

Find out more about Fearon and follow him on Insta.