CanaryPod: Topple Uncaged meets... Too Many T's | The Canary ` 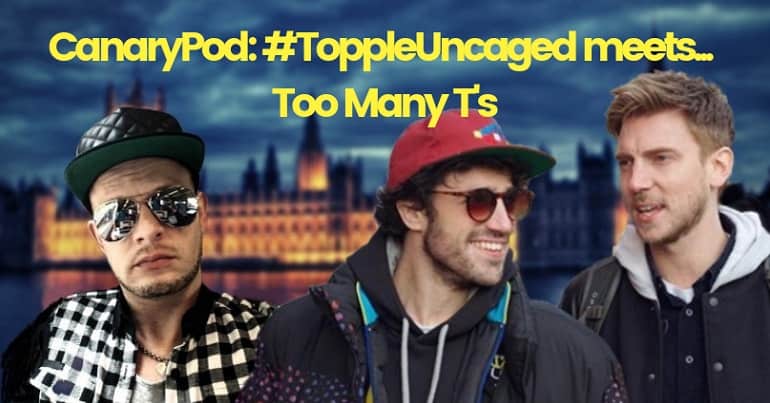 In a special episode, I caught up with Ross Standaloft, who is one half of UK rap duo Too Many T’s. They have recently released Boris Next Door, an inspired political track about Mr Johnson. And yes, Ross does indeed live next door to our possible future prime minister. The song is a genius mix of humorous observations about Johnson, but also a stinging criticism of him, his views and his record.

So, I chatted with Ross about Boris Next Door, the state of UK politics, what Too Many T’s have been up to since they last came on the #ToppleUncaged podcast and more.

Boris Next Door by Too Many T’s:

Find out more about Too Many T’s and follow them on Insta.

Featured image via Steve Topple, Maurice – Wikimedia and Too Many T’s