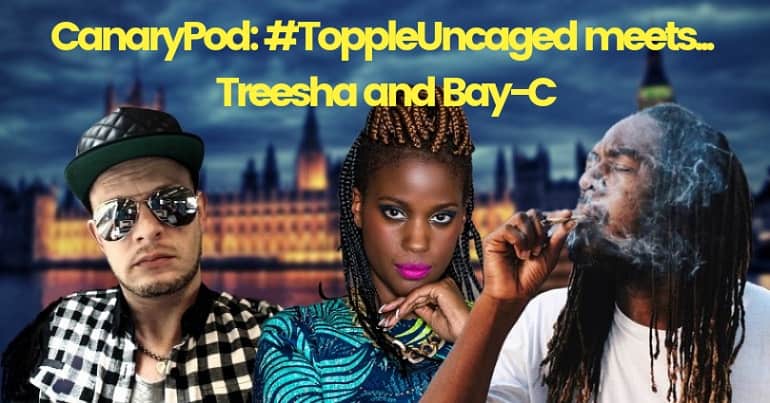 In a special episode, I caught up with two artists who, while using the same instrumental as a musical base, have produced very different tracks. Singing sensation Treesha and dancehall legend Bay-C have both released tracks over Culture Rock Record’s Change Like Weather riddim. As electronicbeats.net describes, a riddim is:

A rhythm – or ‘riddim’ – is an instrumental track created by a producer or label that’s given to vocalists to create their own versions. In the early days of dancehall, each version was released as a separate single, but since the early 2000s a batch of versions will usually be released as a digital album. The beauty of this format is that it allows for a method of genre development based on iteration; the pressure is not only to innovate, but to improve. You can have multiple great songs with the same rhythm, ensuring that no vocal idea remains undeveloped.

The Change Like Weather riddim is one of the more impressive productions of the year. Featuring elements of dancehall, it is bang on trend with its distinct afrobeat sound. Both Treesha and Bay-C have used the riddim to create songs which make political and social points. Treesha’s almost anti-capitalist anthem Money Don’t Mean A Thing describes the fallacies of thinking that cash makes you whole. Meanwhile, Bay-C’s Inna Mi Brain is a booming tribute to cannabis, with nods to the political controversy that exists around it.

So, I caught up with both of them for the #ToppleUncaged podcast. We chatted about their tracks, whether riddims still hold relevance, how the reggae and dancehall scenes are looking this year and more.

Find out more about Bay-C and Treesha and follow them both on Insta.