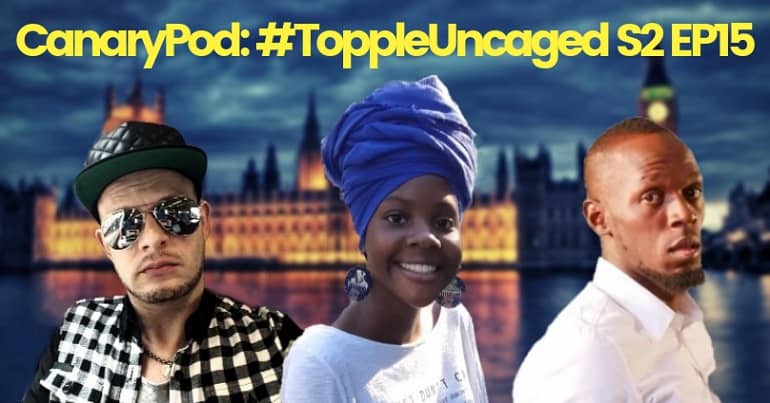 THIS PODCAST CONTAINS LANGUAGE AND CONTENT SOME PEOPLE MAY FIND OFFENSIVE. THE VIEWS EXPRESSED IN THIS EPISODE ARE THE OPINIONS OF THE HOST AND GUESTS. GIGI’S FAMILY GAVE THEIR FULL PERMISSION FOR SHARING THIS INTERVIEW.

This week’s guests? Campaigning mum Tina Rodwell on the heartbreaking story of ‘Gigi’. Plus record-breaker and global legend Usain Bolt has answered my questions about his new move into the music industry.

Details of the Transition Monaco Forum 2018

The Manufacturing of Greta Thunberg – For Consent (six part series)

But even so… given pollutants contribute directly (not thru warming) to thousands of deaths per year in the UK, it's worth doing regardless of whether other nations following our lead! https://t.co/Ie1MxNYGtq

There are 32.81 million people employed in the UK. That’s a new record.

Average weekly pay grew 3.9% in the year to June, that’s the highest over a decade.@Conservatives policies support the economy so we can pay for our great public services.

I’m sure Russia, Iran and Maduro in Venezuela will be looking forward to Prime Minister Corbyn

"This isn't really about Jeremy Corbyn, it's about who could command a majority in the House of Commons to stop a no deal Brexit" @ChukaUmunna pic.twitter.com/CNJq96zm5t

Read more about this case.

Get involved with the crowd funder.

Jehan is a priority for us and we are taking her care very seriously. We have sought advice from specialists in this field and continue to work with her family and doctors to ensure she receives the best care and treatment.

Mount A Gyal by Bibi Gardner.

Download all the tracks on your preferred platform here.

The Chicken Song by Spitting Image via CocacolaAddict13

Break Ya Neck by Busta Rhymes via JSPARKSFAN4LYFE1