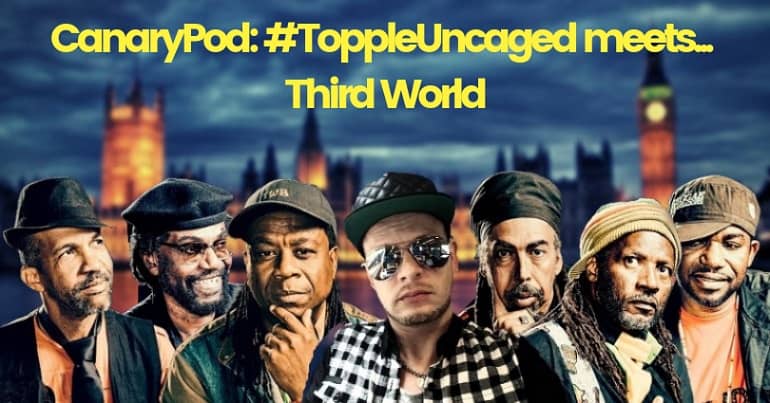 In a special episode, I caught up with three members of one of the most influential bands in modern music history: Third World.

Third World have been active for over 45 years. The group were part of a movement of reggae artists which led the way in branching out from traditional roots, fusing it with other genres like funky soul. Third World masterfully strikes a balance between searingly conscious music and tracks which have chart-friendly appeal, not least the massive hit Now That We’ve Found Love. Now, the band is back with its superb latest album More Work To Be Done. With the legendary Damian Marley at the production helm, the record is a delicious mix of musical styles. It cements the band’s status as trailblazers in modern music.

So, I caught up with Cat, AJ and Richard from Third World for the #ToppleUncaged podcast. We discussed the untimely passing of founding member Bunny Rugs, More Work To Be Done, the music industry, working with two generations of Marley’s and more.

You’re Not The Only One by Third World featuring Damian Marley via Ghetto Youths International:

Download More Work To Be Done on your preferred platform here.

Read more about the band and also Pauze Radio’s piece on the late Bunny Rugs.

Now That We’ve Found Love by Third World via TIMMOFUNK.