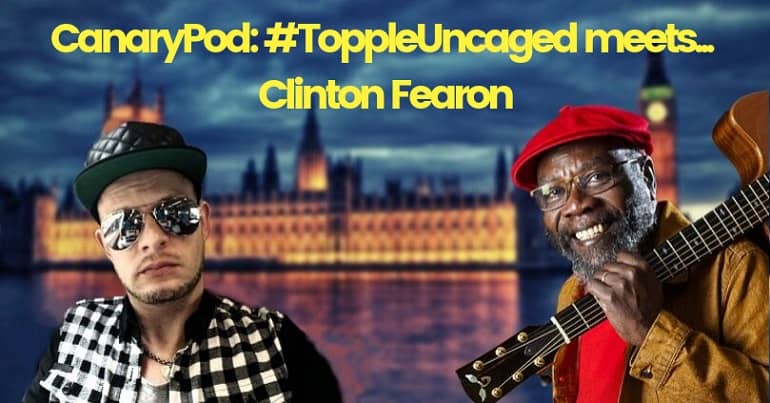 In a special extended episode, I’m joined by a friend of the show and a reggae icon: Clinton Fearon.

Clinton has been in the music business for 50 years. He’s enjoyed a career that started when he joined the mythical group The Gladiators all the way back in 1969. A string of acclaimed singles and albums followed, as did Clinton’s work for legends like Lee Scratch Perry. At the end of the 1980s, he departed The Gladiators to form his own collective, The Boogie Brown Band. 12 albums followed, and now he’s back.

Clinton’s brand new album is History Say. To say it is pure ‘Fearon’ doesn’t do it justice. It’s a glorious, intricate mix of styles; grounded in reggae but interspersed with jazz, funky soul, calypso, dub and some rock thrown in for good measure. But as always with Clinton, it’s his wonderful ability to mix serious political and social messages with some good old fashioned fun which really shines. The top class instrumentation, vocal arrangements and production finish off what is perhaps this artist’s seminal work.

So, I caught up with Clinton for the #ToppleUncaged podcast. We discussed History Say, his continued success, the current state of the music and political worlds and modern technology, the latter being something he’s not too keen on!

I Will by Clinton Fearon via Kool Yu Foot/Boogie Brown Productions.

Take a look at Pauze Radio‘s bio of History Say.