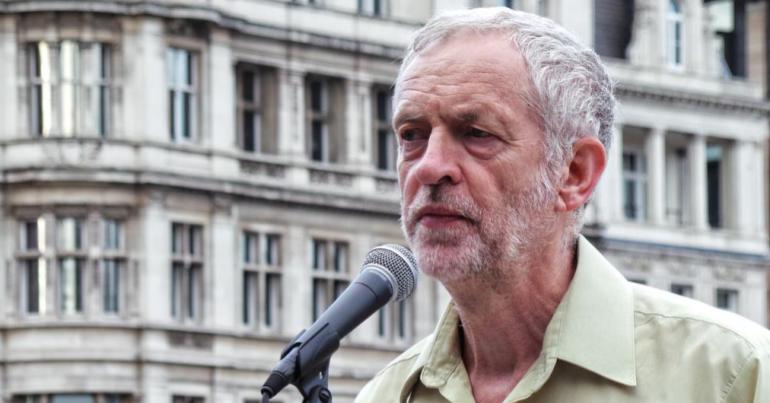 As the Russia scandal trundles on, Jeremy Corbyn received support from the most unlikely of sources. Writing in his Mail on Sunday column, right-wing conservative Peter Hitchens backed Corbyn’s position.

Social media users expressed their surprise at the intervention by Hitchens. But he was praised for putting party politics aside.

In the piece, the columnist praised the Labour leader’s past foreign policy record. He also claimed the media’s treatment of Corbyn was “shocking”.

“Corbyn has earned the right to be listened to”

Criticising both Corbyn’s peers and the media reaction, Hitchens said:

The treatment of Jeremy Corbyn, both by politicians and many in the media, for doing what he is paid for and leading the Opposition, seems to me to be downright shocking…

Mr Corbyn has earned the right to be listened to, and those who now try to smear him are not just doing something morally wrong. They are hurting the country. Look at our repeated rushes into foolish conflict in Iraq, Libya, Syria and Afghanistan. All have done us lasting damage.

Hitchens also questioned the future of free speech in the UK, saying a dangerous precedent was being set:

I have been to many countries where free speech is dangerous. But I have always assumed that there was no real risk here.

War, or the danger of war, is always an opportunity to silence troublemakers.

Many social media users got behind Hitchens’ comments. And several were simply amazed to find themselves agreeing with him:

“Doctor, I found myself agreeing with something Peter Hitchens tweeted”

Well said Peter Hitchens, I disagree with you 99.9% of the time, but I have the utmost respect for you, because you say what you think without fear or favour, and that's the essence of decent journalism! https://t.co/lDk5U8sVU7

Others were glad to see some alternative voices aired in the mainstream media:

Peter Hitchens is right – it is alarming to think we have a press and broadcasters that support the government wholeheartedly and attack the opposition relentlessly.
That is not what democracy looks like. https://t.co/wie1IEDziC

It’s questionable how long Hitchens will be able to keep his new found fan base. But it is vitally important that voices opposing the official government line are heard. Now more than ever.