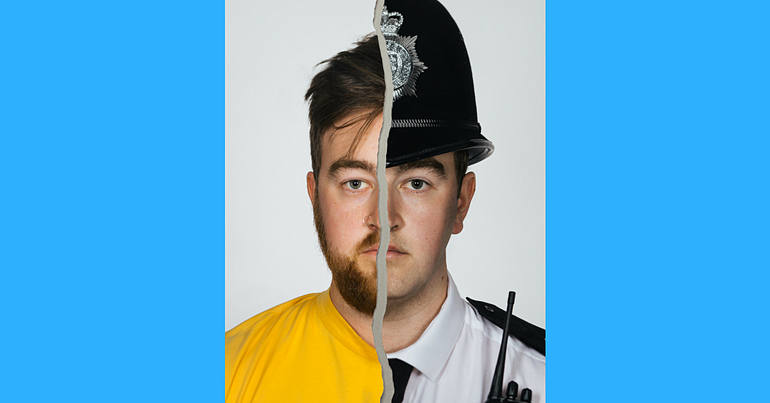 Cosmetics company Lush has teamed up with spycops campaigners to expose abuses by undercover police. And it’s fair to say that the police aren’t happy.

Lush’s spycops campaign is running from 1 to 18 June. Working with Police Spies Out of Lives, the campaign aims to:

raise awareness of the ongoing undercover policing scandal, where officers have infiltrated the lives, homes and beds of activists.

Spying on over a thousand groups

Between 1968 and 2006, undercover officers from the Special Demonstration Squad spied on political groups in the UK. When the squad was disbanded, its undercover work was taken over by the National Public Order Intelligence Unit. Between them, they are believed to have spied on more than one thousand political groups in the UK. A number of officers had sexual relationships with women activists while undercover. Many of those women have been left utterly traumatised by the experience.

The Undercover Policing Inquiry into the infiltration of activist groups began in July 2015. In March 2018, participants staged a mass walkout in protest at the decision of the chair, John Mitting, not to release the identities of many undercover officers.

Lush is asking customers to sign postcards to home secretary Sajid Javid with various demands about the inquiry. It also has displays in all its shop windows and has made a series of short films about the spycops scandal. Police Spies Out of Lives has also made a film to go with the campaign:

But Lush’s campaign has not gone down well with the police:

Have a look at @LushLtd new advertising campaign….. Ill-conceived, dangerous and irresponsible. https://t.co/4Kjp4g2t1y

The latest "advertising" campaign by LUSH UK….. 🙄 You might now expect a 100% reduction in calls to the Police, given that they're displaying their contempt in their shop windows… pic.twitter.com/LGXCZ5o7BG

Dear @LushLtd Your anti police advertising campaign is an utter disgrace. It stereotypes ALL police officers as corrupt & includes some fundamental misrepresentations of the facts. I trust that you will never again seek police assistance if you are the victims of crime. 😠😠😠

Undercover policing is a highly specialised & regulated tactic undertaken by brave officers to protect the public from the most serious offenders. I’d encourage @LushLtd to visit @NCA_UK to receive a contemporary briefing

Just been live on @BBCRadioSolent talking about the @LushLtd campaign. It’s an anti police campaign which is misjudged and highligly offensive. I’ve called on Lush bosses to reconsider & apologise. Good to know some stores, including Southampton are not taking part. pic.twitter.com/pZFxeOvLZP

But there were plenty of people weighing in on Lush’s side:

The Police Federation goes 'maximum snowflake' over an excellent campaign @LushLtd is running to highlight "abusive, deceitful, manipulative and wrong" behaviour by #spycops targeting political campaigners. That quote, incidentally, is an admission by the Metropolitan Police https://t.co/qBykK7edH9

Thanks to @LushLtd for their bold capmaign today tabout #spycops. Read my story to know more about the background to this campaign. The scandal has been brushed under the carpet, but until there is justice there will be no peace. https://t.co/vfQoP0Oi7E

Well done Lush and @out_of_lives .Brilliant provocative and brave. Loads more people will be talking and thinking about the #spycops scandal.

This is not a slur on the police, only a small group who caused a lot of misery and distress. Not least to themselves and their 'official' families. A very important issue #SpyCops

Well done to @LushLtd for highlighting the #spycops scandal.
The mainstream media seem more upset about a window display, than the human rights abuses carried out by undercover political police units
(that the Met Police have actually publicly admitted to & apologized for) pic.twitter.com/ML9t22f2aY

A serious campaign for justice

Many of the anti-Lush tweeters are trying to make out that this is simply an anti-police campaign by Lush. In fact, Lush’s website makes it clear that this is a campaign about abuses committed by undercover officers.

This is not an anti-state/anti-police campaign. We are aware that the police forces of the UK are doing an increasingly difficult and dangerous job whilst having their funding slashed. (1/3)

We fully support them in having proper police numbers, correctly funded to fight crime, violence and to be there to serve the public at our times of need. (2/3)

This campaign is not about the real police work done by those front line officers who support the public every day – it is about a controversial branch of political undercover policing that ran for many years before being exposed. (3/3) #SpyCops

This is a serious campaign. And it should be supported by anyone concerned about justice.

– Support Police Spies out of Lives.

– Sign the petition from the Campaign Opposing Police Surveillance.