A BBC editor explains the 'strengths' of its male and female presenters. You couldn't make it up. - The Canary 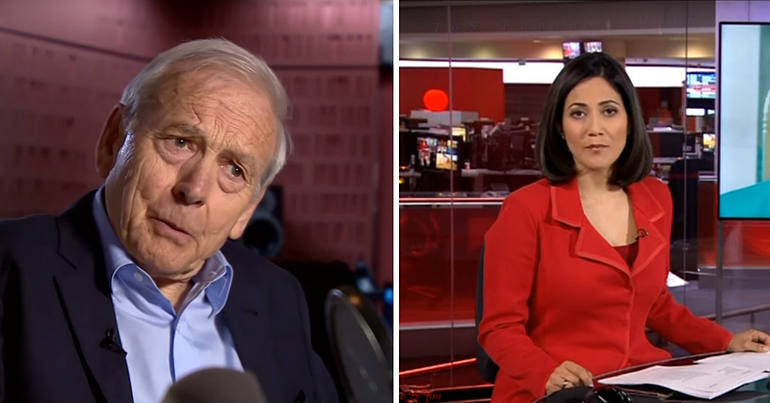 Sarah Sands is the editor of BBC Radio 4‘s flagship news programme Today. And she’s claimed that presenter John Humphrys is the best at holding power to account, while the two women presenters are better at fashion.

Sands made her remarks during an interview on the BBC’s Feedback programme on 6 July. The interview focused on complaints the BBC received about Today. Feedback presenter Roger Bolton said that:

Feedback certainly gets more complaints about Today than any other programme.

On 27 June, he interviewed Tony Blair about immigration. During the interview, Humphrys said:

I wonder whether he was ever, or whether it was ever said of him in your profession, that he was cut a bit of slack because he was so desperately disabled.

Sands was quick to defend Humphrys on Feedback. She appeared to be prepared for a fight, having arrived with two letters from listeners praising him. She referred to the letters as “equal evidence” that some people like the presenter. One described Humphrys as “most excellent, devoted, compassionate”.

Sands went on to give her own opinion of the presenter a Feedback listener had earlier described as “boorish and ignorant”. She said:

I think he is, as I say, the person you want when you want to hold power to account.

Women are better at fashion

But Sands hadn’t dug herself in deep enough by simply defending Humphrys. She continued:

We have five presenters. They all have different strengths. I have said that I think, you know, on the whole, Mishal and Martha might be slightly better on fashion.

She was referring to Mishal Husain and Martha Kearney, the only women presenters of the Today programme. A previous female Today presenter, Sarah Montague, moved to the BBC’s World at One programme after it was revealed she was being paid less than a quarter of Humphrys’ £660k-£649k salary.

Jeez…us….what an absolutely ignorant thing to say. I would have @MishalHusainBBC or @Marthakearney any day of the year. John Humphreys couldn't hold a snowman to account. #makeTodayGreatAgain

Sorry, just remind me which century we’re in ?

… I'm always frustrated that he simply permits the Tory incompetents to flim-flam every bloody morning without challenge. Yes, like other male presenters, you hear a lot of his strident voice, but that's not 'holding power to account', it's the same old…

Really? The only thing John Humphrys is fit for is retirement

Perhaps Husain and Kearney are best on fashion. Perhaps Humphrys really is first-rate at holding power to account. Or perhaps the Today programme has a totally different idea of what strength is to much of the rest of the country.