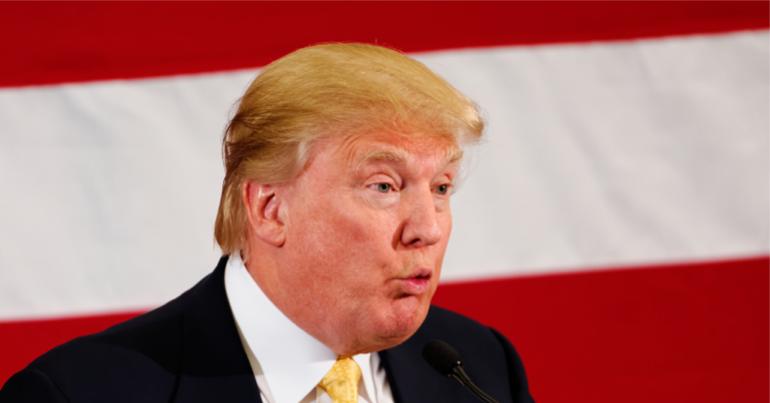 Donald Trump has confirmed he will visit Scotland as part of his UK trip. But it looks like the President might not get the quiet weekend he was seemingly hoping for.

Not so quiet time

In a suspected bid to dodge protests during his first visit to the UK as president, Trump hasn’t planned any engagements in London.

He will meet Theresa May at her country retreat Chequers and the Queen at Windsor Castle on 13 July before flying north of the border for a couple of days.

But his plans to escape the protests for a few “private” days in Scotland may not have been best thought through:

Absolute lol that Donald Trump thinks he can avoid the worst of the protests next week by spending the weekend in Scotland. pic.twitter.com/tznV5q9XpQ

Scottish people on Twitter were quick to reassure those down south who are worried Trump may pass them by:

It was also confirmed the now infamous ‘Trump Baby’ blimp will be following the President north of the border too:

During the presidential elections in 2016, Trump briefly visited Scotland. Hundreds of Scots were gathered outside Trump’s remote Turnberry golf course in Ayrshire to protest the visit:

The most enduring image of the protest was undoubtedly comedian and playwright Janey Godley’s homemade placard:

Trumps last visit to Scotland 🏴󠁧󠁢󠁳󠁣󠁴󠁿 was very memorable for me. This lady is a boss. pic.twitter.com/CRc12MJXjn

And Godley was quick to confirm she will be returning to welcome Trump once again:

We have the right to a peaceful protest and it will be peaceful and creative -Turnberry 9am Saturday 14th July. Bring songs, signs and be respectful to the police Scotland attending – they never asked to protect this clackwanker, like Brexit they got dragged into it. pic.twitter.com/Muhuw0JJKQ

It’s not just the Scottish public who’ve been ridiculing Trump. First minister Nicola Sturgeon joined in during a London speech, boasting about the Scottish government’s victory in court over a “golf course owner from America”:

Trump took the Scottish government to court over a wind farm development off the coast of Aberdeen, claiming it ruined the view from his golf course. The wind farm generated power for the first time on 1 July.

The Scottish government has also made it clear it does not want to foot the £5m policing bill for the US president’s trip north. The UK government is having to ring-fence the £5m needed instead. Scottish justice secretary Humza Yousaf welcomed the decision:

Welcome u-turn from UK Govt who have seen sense and now agreed to my request that they provide ring-fenced funding for President Trump's visit to Scotland!

President Trump is being hosted by UK Govt, only make sense they foot the bill, not @policescotland pic.twitter.com/yKmoQeYyVS

Large scale protests have been planned in Scotland’s two largest cities, Glasgow and Edinburgh. Several more are expected to follow as the itinerary is released.

As the president escapes for some ‘private’ time in Scotland, it’s crucial a strong message is sent that his policies are not welcome there. And it looks like the people of Scotland will do just that.

– Join the protests in Glasgow and Edinburgh