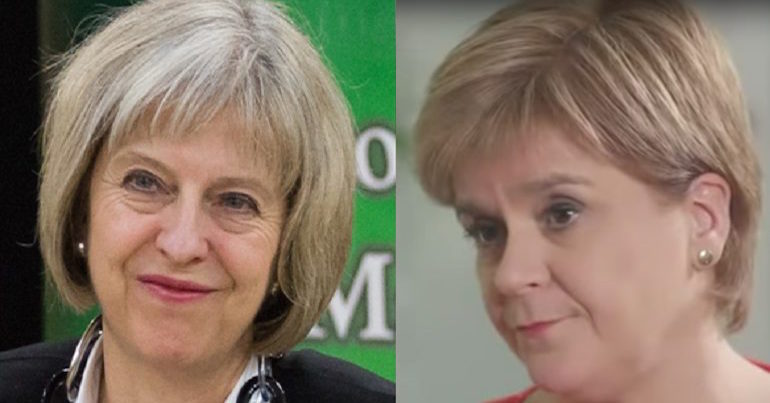 The UK government has taken a swipe at the Scottish government’s more “progressive” taxation system. It has announced its intention to:

compensate thousands of soldiers who faced having to pay more income tax because they are based in Scotland.

Scottish Conservative MP Douglas Ross, who championed the call for compensation, announced the move on Twitter:

Pleased that following a strong campaign by @ScotTories we have been able to deliver mitigation over SNP tax rises for personnel at Kinloss, Lossiemouth and across Scotland. Thanks to @GavinWilliamson for listening to our concerns and acting. https://t.co/NsXxSUVAmh

Thousands of troops set to be left out of pocket by tax rises recently announced by the SNP will now be protected from them thanks to action from the Scottish Conservatives.#NatTax pic.twitter.com/ffoNElwMeU

The new policy also ensured that those earning over £150,000 pay 1p more in the pound than those south of the border. This took the top rate of tax to 46p in the pound. These proposals and the Scottish budget were passed [paywall] in February 2018, after negotiations with the Scottish Green Party.

Ross raised the issue of military personnel paying more tax than their English counterparts in the House of Commons:

However, a Ferret investigation debunked these claims, and defended the more “progressive” taxation system that was adopted. The Ferret uncovered findings from Scottish Parliament Information Centre (SPICe) and reported that:

while the tax rate goes up from 20 per cent to 21 per cent for those earning over £24,000, the actual amount payable does not.

The SNP accused Scottish Conservatives of spreading ‘misleading‘ claims about the extent of the tax rises in April 2018:

Earning over £26,000, like a nurse, police officer or teacher? Well, from today, the SNP are taking more money out of your pay packet. pic.twitter.com/ZizNI98aRP

As the Scotsman reported:

The SNP has insisted that no-one who earns less than £33,000 will see their tax rise under the controversial plans.

If that is the case, then the new claims that military personnel will be paying more tax whilst earning around £26,000 are bogus.

Perhaps the Scottish Conservatives should spend more time challenging austerity, which is causing hardship for the people of Scotland. It could help maintain and promote the free services [paywall] offered by the Scottish government to military personnel and everyone else that lives in Scotland.

The reaction on Twitter wasn’t what the Scottish Tories were hoping for:

8,000 forces in Scotland paid by and taxed by Westminster
None earning upto £33,000 will pay more tax
Council Tax in Scotland £400 LESS than England
All services in Scotland FREE at point of use

Of course you know this is just lies.
The vast majority are paying LESS tax in Scotland. pic.twitter.com/hGugXkYlQo

Shhh. Probably best you hide for a bit longer, everyone's got you sussed.

So, as a Scottish tax payer, I am paying twice: once to support extra government services from which military families also benefit, and once to subsidise the MoD payroll in Scotland. @theSNP.