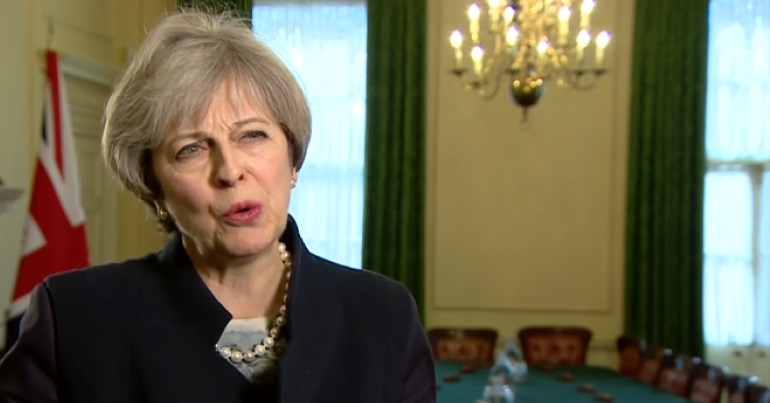 On 7 August, Theresa May met with Scottish first minister Nicola Sturgeon at Edinburgh University. In the meeting, Sturgeon was reported to have said that the prime minister’s Brexit plan “seems to be dead” and demanded a “plan B” is put in place to avoid a “catastrophic” no-deal scenario.

However, it was the Scottish voters who were most vocal about May’s visit to Edinburgh. As she left the meeting with Sturgeon, she was met by a large crowd booing loudly. The National journalist Andrew Learmonth caught it all on camera.

He posted his video on Twitter, saying “about 200 boo as Theresa May leaves Edinburgh Uni”:

One person claps and about 200 boo as Theresa May leaves Edinburgh Uni pic.twitter.com/PoeLhziJbY

Twitter did not disappoint on Learmonth’s thread, which included a dig at the BBC:

The one person clapping was probably from the BBC

Someone else suggested the one person clapping may have mistaken the prime minister for Mary Berry:

the one person clapping thought it was Mary Berry

Is that the Darth Vader song in the background?

After the Scottish first minister led Pride Glasgow’s march in July with no security, it prompted a comparison:

Just remember Nicola in with the people leading the Gay pride march !
No need for limos and bodyguards with our Nicola 👍🏴󠁧󠁢󠁳󠁣󠁴󠁿🏴󠁧󠁢󠁳󠁣󠁴󠁿

And a video clip emerged, showing the prime minister getting in the car amidst the booing. The heckler also asked what Theresa May’s plans were for when the government collapses:

May was in Edinburgh to sign a city deal which will be funded by both the Scottish government and the UK government. When she arrived for the meeting with Sturgeon, the crowd had already gathered to heckle the prime minister:

Handful of protestors outside Edinburgh Uni as Theresa May arrived for meeting with First Minister pic.twitter.com/A02M3Lt7fe

I think it’s safe to say that Scottish voters made their point when the PM decided to pop up for a visit.

It was reported on STV News that Sturgeon felt the half an hour talks with the prime minister did not “allay her fears” about a no-deal scenario with Brexit.

My concern about the increasing prospect of a no deal Brexit certainly wasn’t allayed in that meeting.

We discussed obviously the position around the Chequers agreement. The Prime Minister’s position continues to be that she thinks Chequers is the basis of an agreement on the future relationship, notwithstanding that everybody else thinks that it’s not.

May said before the meeting with Sturgeon:

We set out a clear proposal in the Chequers plan, that delivers on the Brexit vote, that does so while protecting jobs and livelihoods in the UK, that ensure we deliver on free movement in the future, the ending of the jurisdiction of the European Court of Justice, but that we are able to do so while maintaining good trading relationships with the European Union, that’s important for all parts of the UK.

So basically the same old rhetoric from the prime minister.

Sturgeon also said she would “revisit the question of Scottish independence” in October but declined to give any further details.

It’s clearly becoming increasingly difficult for May to retain any credibility at all amongst voters in Scotland.