Exposed: the ridiculous amount a Conservative MP's own thinktank donated for his week abroad - Canary 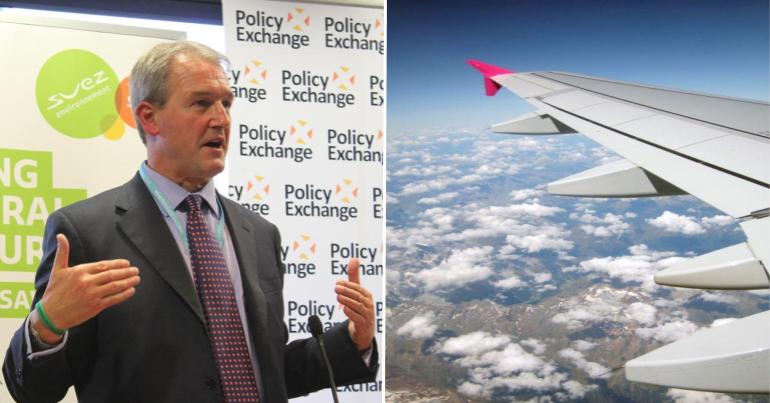 As the days get shorter and the cold sets in, we all dream of getting away for a break. Conservative MP Owen Paterson was lucky enough to do just that in September. The only difference is that Paterson didn’t have to pay a penny.

A thinktank picked up the tab for the £8254 week-long jaunt to Washington, where the MP gave an hour-long speech to the right-wing Heritage Foundation. The generous think tank? Paterson’s very own UK2020.

The trip, registered last month, wasn’t the first time the MP enjoyed an expensive trip abroad courtesy of the thinktank he co-founded in 2014.

During the EU referendum campaign, UK2020 also covered flights and hotels worth £1,713 for the Conservative MP.

While unquestionably lavish, the travels of the North Shropshire MP have faced scrutiny for other reasons. The most prominent of which is Paterson’s refusal to disclose the donors to UK2020.

Campaigners have claimed undisclosed donations allow a loophole whereby individuals or corporations can donate to MPs without having to register their names. After Paterson’s 2015 trips were exposed, Greenpeace policy director Dr Doug Parr told Buzzfeed it was “high time the Parliamentary Standards Commissioner stepped in to investigate”.

The Canary contacted the former environment secretary’s office but did not receive a reply to questions about the thinktank. In 2016, Paterson’s office simply directed reporters to the Register of Members’ Financial Interests.

Scraping together the pennies

As Paterson’s role at UK2020 is unpaid, it is important to remember that an MP’s current salary only sits at £77,379.

Therefore it is good to note that Paterson’s entrepreneurial spirit has ensured he won’t be going without. On top of his ‘basic’ wage as an MP, the former environment minister earns at least £500 an hour with three different companies on the side.

The MP earns £99,996 a year, at £520 an hour, with Randox Laboratories. The company were also kind enough to splash out £1,643 for Paterson to enjoy a weekend of polo at Gleneagles in September.

He also earns £12,000 a year from sausage distributor Lynn’s Country Foods for 24 hours work. And just in case that wasn’t quite enough to get by, he also signed a deal for £49,992 per year with animal feed suppliers Hi-Peak Feeds:

With a combined yearly salary of only £239,367, is it any wonder Paterson is taking all the free gifts he can get?