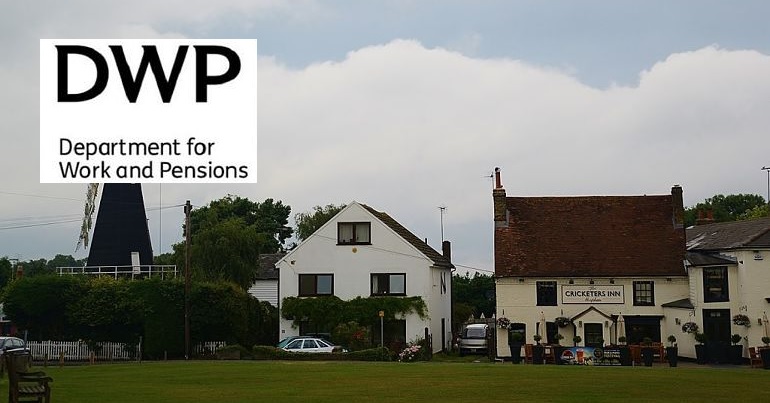 The DWP has deleted a tweet it posted. It featured a businessman claiming that Universal Credit is “great” for his business as it allows him to have a “flexible workforce”. The tweet quoted Brian Keeling-Whiting, one of the directors of pub company Whiting and Hammond: 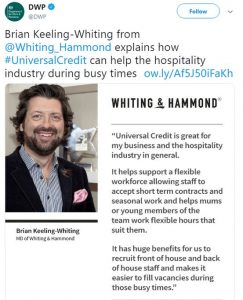 A 2015 report found that in-work benefits were costing the government £11bn a year.

“I’m not sure where this quote has come from”

Keeling-Whiting was quick to distance himself from the DWP’s tweet: 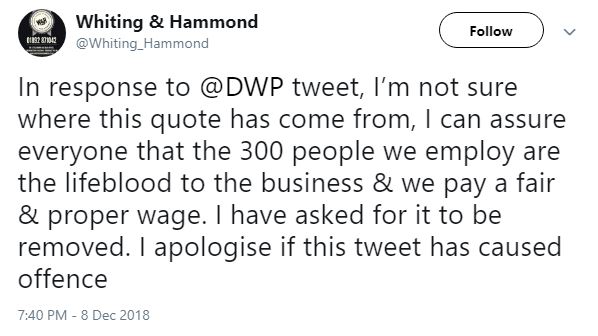 His claim that “I’m not sure where this quote has come from” is odd, though. Because a photo of him, alongside part of the same quote, appears in the DWP’s ‘Employer Guide to Universal Credit‘. The publication tells employers that Universal Credit will help in “managing your workforce”, allowing claimants to be “flexible about their hours”. Which sounds an awful lot like a zero-hours contract.

It didn’t take long for someone to point his inclusion in the guide out to Keeling-Whiting: 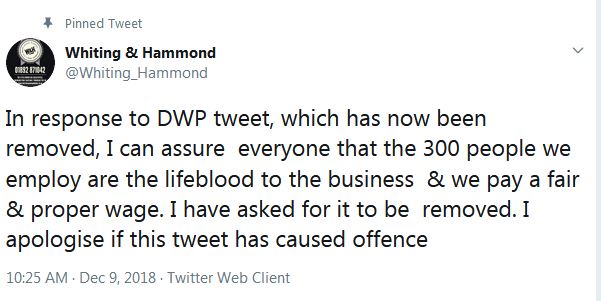 Keeling-Whiting’s claim that his company pays “a fair and proper wage” is open to debate. Jobs advertised on Whiting and Hammond’s website include “part time bar and waiting crew” at the Cricketers Inn in Meopham at a rate of “up to £7.50 per hour”. There are similar jobs at the Kings Head near Sevenoaks for “up to £7.20 per hour”: 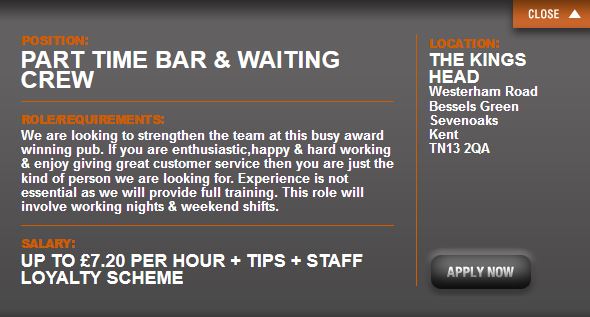 The fact is, Keeling-Whiting is correct. Universal Credit is “great” for business. It allows companies to pay the lowest possible wages, and to employ people on insecure or zero-hours contracts, safe in the knowledge that – if people are lucky – the taxpayer will top up their wages. For businesses, it’s a win-win situation.