To understand the true horrors of the Turkish invasion in Syria, please listen to the children - Canary 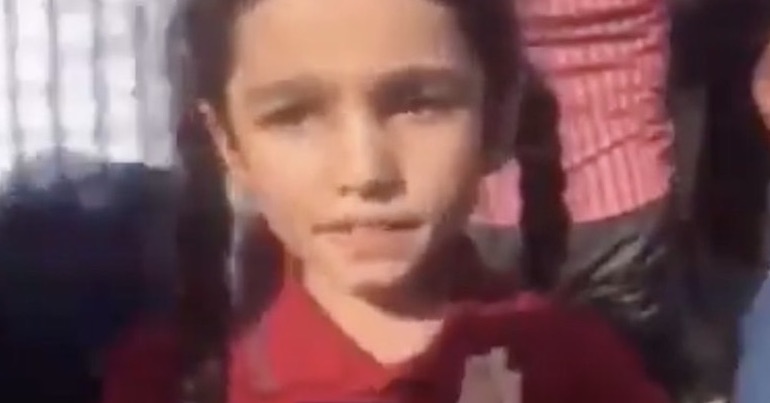 Warning, this story contains images of injured children. It also contains a video of a dead child and a mother’s grief. These are extremely distressing.

On 9 October, Turkish leader Recep Tayyip Erdoğan launched an illegal invasion of largely-Kurdish areas in northern Syria (aka Rojava). The death toll’s already rising. But the impact it has on children says everything about the true horror of this situation after even just a few days

On 11 October, a video emerged on Twitter of a young girl. Her message is heartbreakingly simple:

A message from a child in Rojava.
Please please we just want peace stop this war. pic.twitter.com/UE6ujgCTel

According to eyewitness accounts, after just three days, there are already:

Today's update on last 24 hours of Turkish invasion by @RojavaIC, based on eyewitness reports from the ground:

Despite the UN’s failure to condemn the invasion, pressure’s rising to end what Channel 4 News accurately called “ethnic cleansing”. As Jeremy Corbyn stated:

I think that the behaviour of Turkey in invading the Kurdish area in the north is absolutely appalling.

Turkey is “murdering… our children”

Two children, 10 yo child lost his life, the other, a girl was injured in the Turkish indiscriminate bombardment on the city of #Qamishli, NE #SYRIA#Save_Rojava #Kurds#stop_the_turkish_attak_on_rojava pic.twitter.com/tfPQySdene

Here is the young girl Sara who lost both legs due to the indiscriminate bombardment by the Turkish army on Qamishli. Earlier we reported that two children were injured in the attack. The other child, a young boy, which was initially injured has now lost his life.#Save_Rojava pic.twitter.com/Tr4WgcUf0n

Meanwhile, one mother’s words spoken in grief sum up the entire situation. While speaking, she cradles her dead daughter in her arms. Some readers may not want to watch this. What she says, however, is vitally important:

I left my husband behind alone and I don’t know if he is alive. What does Erdoğan want from us? I carried the dead body of my daughter and fled. What does he want?

America sold us out to Turkey. They [Turkey] are murdering us and our children. Where are the rights of Kurdish people? Where are our rights? Aren’t we human because we are Kurds speaking Kurdish?

Look at this! I’m carrying my daughter’s corpse. I have nowhere to go. Nowhere to live. Where will I go if they steal my homeland Kobani?… Why was Erdoğan not doing anything while ISIS was attacking Kobani and beheading our children?

I have no words to write to this tweet as I speechless after receiving this video from Syria 😔 pic.twitter.com/JKUrbNW6fh

Fears over such horrors escalating if Erdoğan’s onslaught isn’t stopped are well-founded.

In 2018, for example, Turkish-led forces invaded and occupied the Rojavan region of Afrin. These forces allegedly committed “widespread human rights violations”, “ethnic cleansing” and war crimes. They also included fascists and extremist groups similar to al-Qaeda in their ranks. This offensive displaced thousands of people and killed civilians.

Rojava, meanwhile, has led a green democratic revolution in the middle of Syria’s brutal war. Its system is feminist, socialist, and opposes all religious and ethnic discrimination. And both militarily and ideologically, it played a key role in defeating Daesh in Syria, gaining limited support from the West in the process. Over 11,000 of its fighters died in this war.

Yet, Erdoğan sees “the revolution in Rojava as a threat to his own dictatorial [Turkish] nationalism, and wants to destroy it”.

Although resistance to the invasion is strong, that can’t detract from these harrowing images. People in northern Syria need each and every one of us to condemn Erdoğan’s fascism and to rise up for Rojava.