Marr just told one of the biggest lies of the pandemic, and it could impact all of us - The Canary 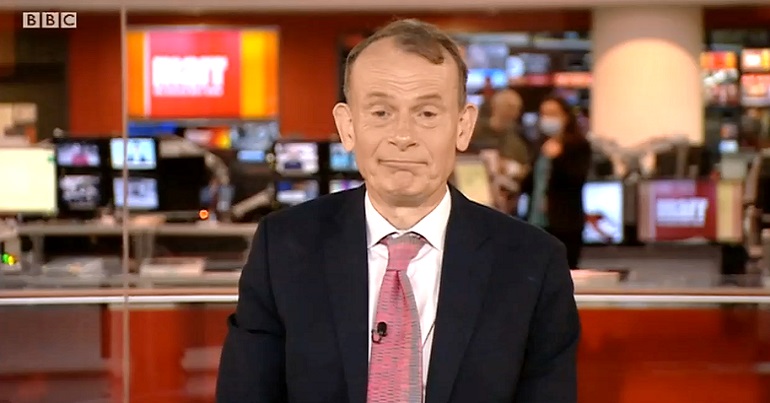 Andrew Marr just repeated one of the biggest lies of the coronavirus (Covid-19) pandemic. What’s worse, it’s one that could help the Tories put in place more austerity.

On your marks… get set… LIE!

Chancellor Rishi Sunak was on the Andrew Marr Show on Sunday 28 February. His slot was ahead of the budget on 3 March. But before Sunak even spoke, Marr was already spreading propaganda for him. Because in his intro, he said:

Now, my final guest is a man who’s borrowed almost £300bn: the chancellor of the exchequer Rishi Sunak.

#Marr compounding one of the biggest lies of the pandemic: that the Tories have "borrowed" £300bn. Clear paving of the way by the government and corporate media for increasing austerity #TheAndrewMarrShow pic.twitter.com/xZvAPV0wrg

And that’s it. That’s the lie right there. Because Marr claiming the Tories have “borrowed almost £300bn” is simply not true.

Tax expert Richard Murphy was straight on it. He tweeted that:

How many times this week will we hear the lie that the government has borrowed £300bn to pay for Covid? It hasn’t. It has issued debt, but then immediately repurchased it using new money created by the Bank of England. This debt has already been repaid in that case, for good.

Murphy is so ‘irritated‘ by this lie that he did a video. In it, he says:

There is nothing owing to anyone. How do I know? Because the bills have been settled.

He then says that the Tories have already paid the £300bn off:

either into savings, and savings have risen by roughly £300bn this year; in such things as stocks, shares, and other things, or in cash. Now, that is the end of it. There is no further bill to pay.

So Marr was either lying, or he doesn’t get basic economics. Let’s say it’s the latter. To be clear for Marr’s benefit: what Murphy is saying, simply put, is this. The Tories just got their mates at the BoE to print a load of money. End of.

But why would Marr, much of the corporate media, and the Tories keep lying about borrowing?

#Marr introduces Chancellor Sunak as having "borrowed" £300billion asking will he continue "borrowing".
Charade goes further as #Marr bellows "borrow borrow borrow"
Actually most of it was "monetary financing" or "printing cash" not borrowing from anyone!#AusterityCausingTV

His #AusterityCausingTV hashtag is apt. Because this £300bn lie could well pave the way for more cuts to public spending and/or tax rises. That is, the Tories could bring in more austerity.

And we’ve already seen a bit of it, because the Tories have made a real terms cut to some public sector workers’ pay. This, and any future cuts, are based on a lie that we owe someone £300bn. We don’t. So, for Marr to say otherwise, is him being complicit in this sham.

Featured image via The BBC