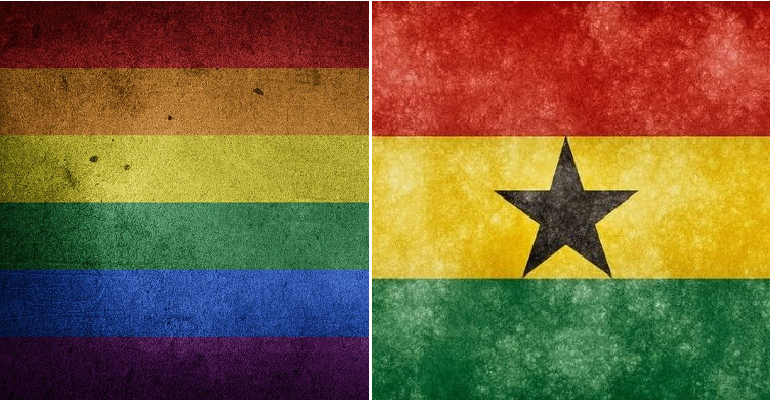 On 24 February, National Security raided the offices of LGBT+ Rights Ghana. It came not long after the organisation opened a new LGBTQI+ safe space to provide members support and a place to socialise.

Sharing the incident in a Twitter thread, the gay rights organisation said:

This morning, our office was raided by National Security. A few days ago, traditional leaders threatened to burn down our office but the police did not help.

At this moment, we no longer have access to our safe space and our safety is being threatened. We call on all human rights organizations, and allies to speak out against these attacks and hate crimes we are being subjected to.

This morning, our office was raided by National Security. A few days ago, traditional leaders threatened to burn down our office but the police did not help. pic.twitter.com/FM2XVXDnJL

Since the violent attacks, the community centre had to close in order to protect staff.

Just last year in June/July, anti-LGBT rallies gathered to denounce gay rights. Now, a petition named “Shut Down LGBTQ Office in Ghana” is circulating and speaks about LGBTQ communities as an “unnatural way of life”. Meanwhile, government ministers, politicians, and religious communities – such as The Catholic Church of Ghana – actively opposed the opening of the new LGBTQI+ safe space.

The Ghana Catholic Bishops’ Conference (GCBC) urged the government to stay clear of supporting LGBTQI+ rights. On 20 February, GCBC issued a statement signed by their president Philip Nameeh which said:

according to the Church’s understanding of human rights, the rights of homosexuals as persons do not include the right of a man to marry a man or of a woman to marry a woman. For the Church, this is morally wrong and goes against the purpose of marriage.

Sarah Adwoa Sarfo, minister-designate for gender, children and social Protection, said that the homosexuality legalisation in Ghana is culturally “frowned upon”. And she added that ‘laws governing the State make it [homosexuality] criminal’. In the past, to a parliamentary committee, Sarfo said:

The issue of LGBTQI is an issue that when mentioned creates some controversy but what I want to say is that our laws are clear on such practices. It makes it criminal.

On the issue of its criminality, it is non-negotiable on the issue of cultural acceptance and norms too. These practices are also frowned upon.

Although advocacy for LGBTQI+ groups is not illegal, according to the Guardian same-sex relationships are illegal in Ghana.

In 2018, Human Rights Watch reported that The Criminal Offences Act states any form of sex which is “penile penetration of anything other than a vagina” is illegal but that the law “is a colonial legacy rarely, if ever, enforced”.

Yet, since January’s opening of the LGBTQI+ community space in Ghana’s capital, there have been various forms of online abuse, hate and death threats sent to LGBT+ Rights Ghana.

Referring to “colonial legacy”, a Twitter user spoke of “British responsibility” for the violent homophobia in Ghana:

I really need the British Gov/Empire to take responsibility for the violent homophobic laws and ideologies that it indoctrinated colonial subject into. Before your messages of support for LGBTQ Ghanaians you need to apologise and take responsibility.

Any LGBTQ orgs in UK please make sure you demand Britain own up to its legacy. What we are seeing the British empire is culpable for. We need it to enter the public consciousness. They will try to posture that what were witnessing is based on ‘backwardness’. It’s coloniality.

Executive Director Mr. Alex Donkor in an interview disclosed that they have started receiving death threats from persons who say they don’t deserve to live.

According to him, the environment has become volatile for them considering the bias and attacks thrown at them by opinion leaders and religious leaders, who have described them as demonic.

Hate crimes in Ghana are so serious and life-threatening that the LGBT+ Rights Ghana community put out a notice to community members to “keep being safe” and “strong” by being careful of the content they shared online.

Activist Matthew Blaise took to Instagram to share a short but simple guide for how we call all help and stand in solidary with the LGBTQI+ community in Ghana. The guide reads:

I made an infographic about the current situation with LGBTQ+ folks in Ghana. The level of oppression after the community center was open has been increased and QUEER People are not safe at all.

Please check it out and retweet.
Check out @LGBTRightsGhana for more info ..

You can also help by donating to the LGBT+ Rights Ghana fundraiser here.