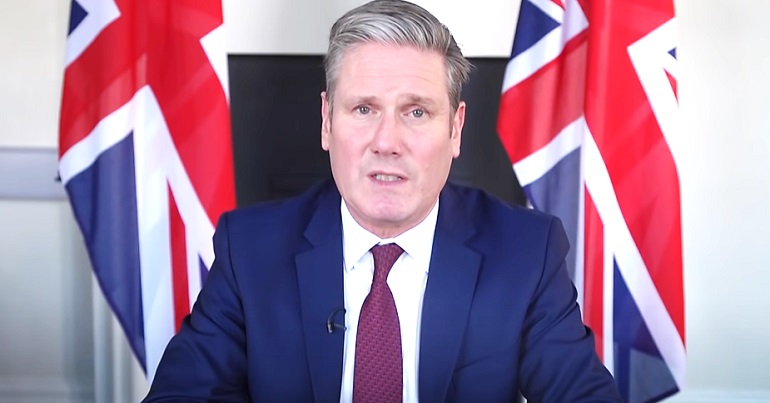 On Tuesday 17 January, the UK parliament held its vote on whether to use Section 35 powers to block Scotland’s new self-ID legislation. The motion to use the unprecedented veto passed by 318 to 71.

In essence, the never-before-used Section 35 is a veto power for the Scottish secretary of state:

The power is exercised through a negative statutory instrument presented to the UK Parliament, which would provide a legal instruction to the Presiding Officer of the Scottish Parliament not to present a bill to the King for Royal Assent. This would mean that although the Scottish Parliament has passed the Gender Recognition Reform Bill, it would not become law.

The veto has been called a “matter of last resort”. The criteria for its use are exacting:

Section 35 can be used in two different situations, where the Scottish Secretary has “reasonable grounds to believe” that a Holyrood bill:

The Gender Recognition Reform Bill (GRR) would make it easier for trans people north of the border to acquire a Gender Recognition Certificate (GRC). Whilst a GRC is not a requirement for a trans person to live their day-to-day life, it does affect things like updating birth certificates and getting married.

Whilst nobody was surprised that the increasingly anti-LGBTQ+ Tory party voted overwhelmingly to use Section 35, they weren’t the focus of the ire on social media. Instead, commenters were shocked that just 11 Labour MPs voted to oppose the motion:

Only 11 @UKLabour MPs had the courage to stand up for both trans rights and the UK democratic process.

Scottish Greens councillor Anthony Caroll called out the cowardice of Keir Starmer’s Labour when it comes to trans issues:

Where was the UK Labour Party?

Cowering away at the slightest call to defend trans folk, or a devolved government's right to legislate in making their lives a bit better.

Absolute sham of a "progressive" party.

People were also quick to point out the hypocrisy of the fact that Labour MPs, including Starmer himself, marched in last year’s Pride parades. They were happy to turn up for the photo opportunity, and notably absent when the trans community needed a show of solidarity.

Some commenters made it clear that Labour wouldn’t be welcome at a march again:

Handy list of the only Labour MPs who should be within a kilometre of a Pride march. pic.twitter.com/iRXrHAVdQP

And others echoed the sentiment with a little less decorum:

The Labour Party is a fucking disgrace, and no friend of the LGBTQ+ community.

Shame on any of them who abstained or voted in favour, but particularly @Keir_Starmer.

Stay away from Pride, you duplicitous shithouse.

The conversation quickly turned to some questions around the notable absence of familiar names. There were suggestions that some MPs had been paired:

Pairing is an arrangement between two MPs of opposing parties to not vote in a particular division. This enables an MP to be absent without affecting the result of the vote as they effectively cancel each other out.

This was apparently the case for Jeremy Corbyn:

seen a few tweets doing the rounds about this and MPs conspicuously not on this list – corbyn was paired which is why he didn't vote. trying to find out about other big names you would have expected to see here! https://t.co/y7vB5lTowN

Angela Eagle also offered a note on her absence:

It was a ‘to note’ motion which would have made no difference even if passed and as I have explained I was in other meetings (the SO20 debate was only granted minutes before it commenced and was therefore not in the order paper) – things aren’t always as they seem https://t.co/Ie3TNqwJka

However, she did sign a cross-party letter warning the government against their current hostility towards trans people:

As Co-Chair I have signed this letter https://t.co/jVBbOWhkti

The letter itself began:

This move, although one we appreciate has not been taken lightly, will bring with it significant ramifications of a social, legal and political nature. We are deeply concerned that the government’s course of action risks further politicising the very real struggles of the trans community and placing their identities and lives at the centre of a constitutional crisis.

Meanwhile, on the other side of the trenches, nobody was shocked at Rosie Duffield’s performance in the debate:

Rosie Duffield has confirmed my instinct that I was right to cancel my membership of the Labour party.

There were even calls for her to defect and have done with it:

This vote was the latest entry in the logbook of Starmer’s well-documented Tory-lite centrism:

As UK Labour attempt to land themselves comfortably on the fence with the Gender Recognition Reform S35 order, a Scottish Labour source writes:

"The long and short of it is the PLP (Parliamentary Labour Party) includes a load of transphobes and Starmer is terrified of them."

Under Starmer, the Labour party have ceased to function as representatives for working classes, unions, or marginalised people in any real way. Through his inaction, Starmer has allowed the Tories to use powers that threaten the union of the UK, almost completely unopposed by our nominal ‘opposition party’. All this, just to prevent what is ultimately a minor legislative change affecting less than 0.5% of the population.