'We feed the planet': how local producers are challenging corporate greenwash - The Canary 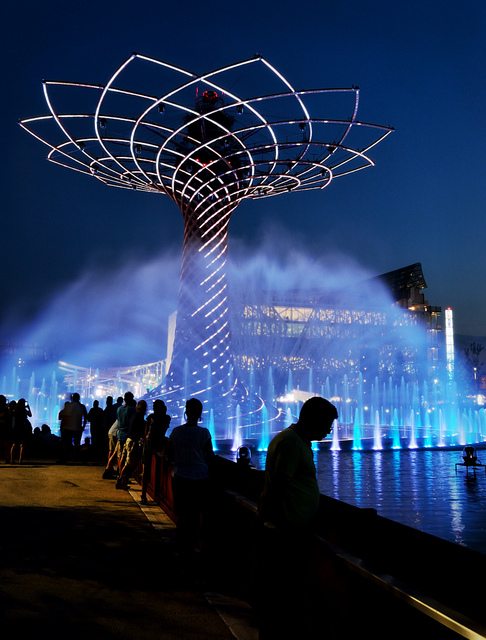 Food security and food sovereignty are two of the biggest challenges we face in the 21st century.

A UN report published in 2013 found that we need an urgent ‘paradigm shift in agricultural development’. If we fail to change the way in which we grow and consume food, the consequences will be disastrous for the environment and for the human race. There is no doubt that an unstable food system will lead to political instability, threatening the security of sovereign states. The matter is serious enough for the Milan Expo 2015 to chose food as its driving theme.

Yesterday, at least a thousand small-scale food producers, researchers and activists from all over the world converged on the Expo to show an alternative to the current global food system. They marched down the main avenue with placards, chanting ‘we feed the planet’. Their point was that it is not corporations, governments or institutions that feed the planet, but farmers, fishers, herders, agricultural engineers and so on – people who have devoted their lives to growing food in ways that are respectful of nature.

However, for all its noble intentions, this year’s corporate-funded World Expo was nothing less than a five-month-long crash course in greenwashing. Expo’s headline is ‘feeding the planet – energy for life’, but surely something’s wrong considering that almost 200 hectares (roughly 500 acres, ie. 250 football pitches) of agricultural land have been cemented as foundations for the hundreds of cutting-edge pavilions that were built north of Milan.

And that’s just for starters. To put it bluntly, Milan Expo turned the all-important issues of food security and food sovereignty into a cheap spectacle. Walking down the main avenue, every few hundred metres there’s a display of rural agriculture: wine barrels, varieties of pasta, meat hanging from hooks, even livestock. The only problem is that it’s all made of plastic. According to the website, Expo is supposed to address ‘the problems of nutrition and the resources of our planet’. Instead, visitors queue for hours to enter lavishly decorated pavilions and have a taste of the world’s finest cuisine. Education should be central to the exposition, but when all you see is a parade of goofy vegetables down the main avenue, the World Expo starts to look more like Disneyland for foodies than anything else.

This is why yesterday’s demonstration was a much-needed corrective to the shallow commercialisation of food that was on display in Milan this summer.

But here’s the paradox: Expo is an international platform, and as such it has enabled small-scale producers from across the world to make their voices heard. Had it not been such a misguided project, yesterday’s demonstration would have never happened.

The demonstration itself was the closing event of Slow Food’s first youth conference called ‘Terra Madre Giovani – We Feed The Planet’, during which young farmers, fishers, herders, engineers, researchers and activists from across the world met in Milan for four days of intense discussions and workshops. Conservation agriculture, aquaponics, and seaweed pasta were just three of the ideas that were brought to the table and shared by participants.

The aim of the conference was simple: to provide a platform for people to exchange practical ideas and solutions that can help solve the world’s growing food crisis (literally) from the ground up, and to allow food producers to create horizontal networks to support each other and share knowledge and expertise.

‘You are the future of the world’ said Slow Food founder Carlo Petrini in yesterday’s speech.

‘You are the United Nations of young farmers. This is the politics that matters, a politics that starts from the ground, because we can only change the world from the bottom up.

‘If there is anyone out there who still thinks of farmers as retrograde or ignorant – think again! Stop thinking that farmers are just a small and insignificant fraction of humanity, because they are the fraction that takes responsibility for the whole.’

Other speakers at Expo included Giuliano Pisapia, the mayor of Milan, Giuseppe Sala, the CEO for Expo 2015, and the Italian ministers for agriculture and foreign affairs, Martina and Gentiloni. They unanimously welcomed the conference as an important event, one that would lend legitimacy to the stated goals of Expo, and one that can help build its legacy.

This is the final month for Milan Expo 2015. After it’s finished, who knows what will happen to the extravagant structure that cost over £10 billion (€14.2 billion) to build? As Petrini suggests, Expo will probably be forgotten by the end of the year. However, the energy and motivation of the young farmers across the world who marched down Expo’s main avenue yesterday afternoon will carry on, and hopefully will allow for a more sustainable (and a more humble) future of food.