Kunduz - No, we haven't forgotten about it yet - The Canary 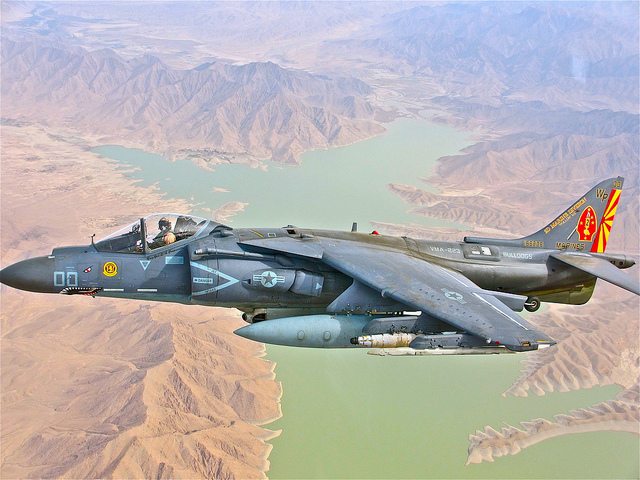 “He who is afraid to shake the die will never throw a six,” say the Chinese. But maybe it should read, “He who is unafraid to throw bombs will always pretend they didn’t.”

In the early hours of Saturday 3rd October, bombing jets of the United States Air Force opened fire on a hospital in Kunduz, Afghanistan, a city that was recently recaptured by forces loyal to the Taliban. The hospital was run by the international medical charity, Medecins Sans Frontieres (MSF), and the attack resulted in 23 deaths – 13 staff and ten patients. Three of the dead were children. MSF have released a number of statements of condemnation in the days since, for what it sees as a “breach of International Humanitarian Law“. One particular statement released on 4th October by Christopher Stokes, MSF’s General Director, contained a very disturbing accusation that the strikes on the hospital happened in several in stages, and were very deliberately targeted. The main building of the hospital was hit time and again, while nothing else, not even the outer compound of the complex, took any significant damage. According to a factsheet published on MSF’s website on 7th October:

From 2:08 a.m. until 3:15 a.m. on Saturday, October 3, the Doctors Without Borders/Médecins Sans Frontières (MSF) trauma hospital in Kunduz, Afghanistan, was hit by a series of aerial bombing raids at approximately 15-minute intervals. The main hospital building, which housed the intensive care unit, emergency rooms, and physiotherapy ward, was hit with precision, repeatedly, during each aerial raid, while surrounding buildings were left mostly untouched.

There seems little doubt in the face of that statement that the strikes on the hospital were deliberate and premeditated, but subsequent acknowledgement of this by the USA has been inconsistent at best, slippery at worst, while the Western Media has been ‘slipping-in-time’ to every American step. It took fully two days for the US Air Force to concede that it was definitely behind the attack, and the explanation given for it has been subject to change in quite dramatic ways. Initially, the BBC reported on the Saturday, quite uncritically, that Colonel Brian Tribus, a US Military spokesman in Afghanistan, had described the attack in very euphemistic terms:

US forces conducted an air strike in Kunduz city at 02:15 (local time)… against individuals threatening the force… The strike may have resulted in collateral damage to a nearby medical facility.

“Collateral damage” is of course a horrible phrase routinely used to make the deaths of civilians in warfare sound like a side-detail. But confusion was to follow insult the following day, when Tribus’ story became:

U.S. forces conducted an airstrike in Kunduz city at 2:15am (local), Oct. 3, against insurgents who were directly firing upon U.S. service members advising and assisting Afghan Security Forces in the city of Kunduz. The strike was conducted in the vicinity of a Doctors Without Borders medical facility.

This appeared to be saying that the strike on the hospital happened at the same time as the USAF strike against supposed “insurgents” in Kunduz, but may not have been related to it. Any American missiles that struck the hospital would have done so “by accident”. Unfortunately, this claim is untenable, because MSF have stated that:

The attacks took place despite the fact that MSF had provided the GPS coordinates of the trauma hospital to Coalition and Afghan military and civilian officials as recently as Tuesday, 29 September. The attack continued for more than 30 minutes after we first informed US and Afghan military officials in Kabul and Washington that it was a hospital being hit.

On 5th October, General John Campbell, Commander of the US Forces in Afghanistan, came forward with a story that was substantially different from what Tribus had been telling everybody. According to Campbell:

We have now learned that on October 3rd, Afghan forces advised that they were taking fire from enemy positions and asked for air support from U.S. forces. An airstrike was then called to eliminate the Taliban threat and several civilians were accidentally struck..

He further added that US forces in the area were not “threatened” after all. The mention of Afghan forces requesting the airstrike came rather out of nowhere. Afghan officials added to the confusion by implying that the hospital itself was being used as an insurgent base, a claim strenuously denied by MSF.

Our staff reported no armed combatants or fighting in the compound prior to the airstrike.

Now, the media in the West have been paying some lip service to the inconsistencies in the US explanations for what happened, but by and large, they seem to have only a grudging interest in the matter. As MediaLens noted on their Facebook account yesterday, only two newspapers in all of the UK had even mentioned Kunduz by 11:30am that day.

Contrast that with the likely Western media response had, say, the Russian Air Force committed a similar atrocity during their current campaign in Syria. Would the media have become bored by discussion of it so quickly? Indeed, CNN seems to be making rather a lot out of Turkish claims of Russian jets violating their airspace. Not a Russian action to be applauded if it is true, certainly, but we do not even know if it is true yet, and either way, as crimes go it is hardly in the same street as blowing up an innocent hospital.

Our media in the West are too often reluctant to question or criticise US aggression, and too quick to make a fuss about supposed aggression from “traditional” enemies. This is why the US, and Britain, get away with too many crimes. Were it not for MSF daring to stand up and deliver consistent, outraged statements at the completely needless attack, this one too would have been brushed under the metaphorical carpet. They just want us to forget about it.

That is a scary thought, as it draws attention to a disturbing reality; Afghanistan has been occupied by US forces for fourteen years now, and we cannot be sure how many similar atrocities they might have committed there that have been kept silent.

It is pretty clear that most of the Western media would be quite happy not to find out.