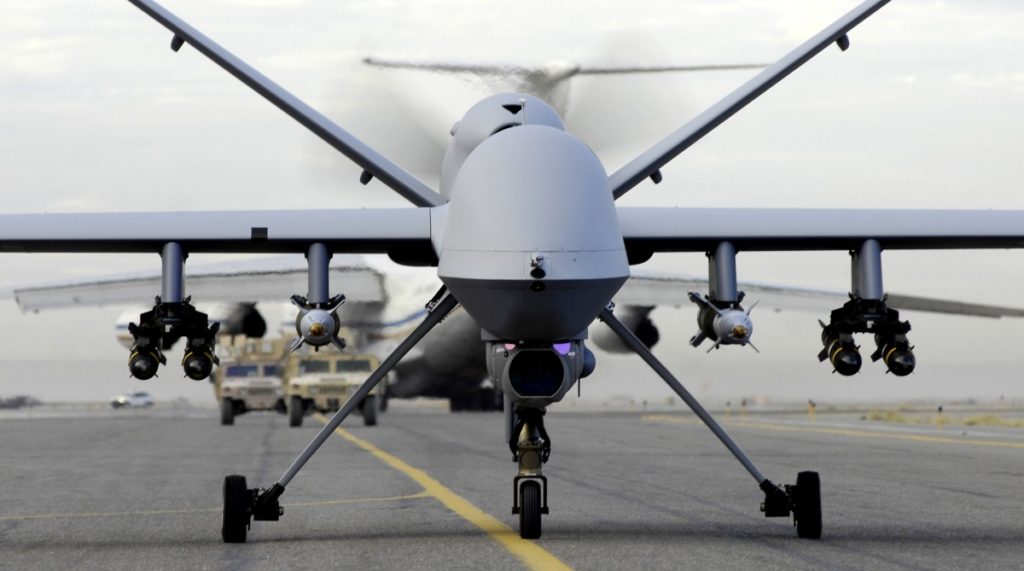 In the wake of yet another tragic mass shooting in the United States, President Barack Obama has once again called for greater control of guns in a bid to save lives. Meanwhile, the U.S drone programme saw yet another civilian installation attacked from the air in Kunduz. Reforming gun laws at home, while expanding a drone programme abroad, would be complete hypocrisy.

This week marked another tragic chapter in the ongoing issue of gun crime in America. News of the school shooting at the Umpqua Community College in Roseburg, Oregon was shocking enough – but to hear that an 11 year old boy was being held by police in Tennessee on suspicion of shooting an 8 year old girl, left the world reeling over the epidemic.

President Obama addressed the school shooting by challenging the media to tally up the total number of deaths in the U.S. related to gun crime and compare them to the number of deaths related to incidents of terror attacks. In President Obama’s mind, the trillions of dollars being spent on Homeland security, bolstering defences against the risk of terror attacks pales into insignificance when measured against the numbers of U.S. citizens dying at the hands of guns every day. To quantify this statement, the media duly responded with a number of comparisons made on the figures. As always with statistics, it depends on how you measure them.

The bottom line is that since if we look at data between 1970 and today, gun crime has killed more than double the Americans killed in terror attacks.

The sentiment being pushed by President Obama would be sound, if it was not for the fact the drone programme expansion overseen by his government is responsible for the deaths of hundreds of thousands of innocent people. The indiscriminate use of drones as part of the war against terror, has left twice as many victims as the number of gun crime victims that President Obama so desperately wants to help.

While gun lobbyists continue to make politicians and potential candidates sweat at the mere thought of gun reform. The White House protects any and all attempts to control the ever-expanding drone programme. Even after the recent Kunduz drone attack that resulted in twenty deaths and dozens injured at a Medicins sans Frontieres hospital.

The President’s call for greater transparency and regulation in relation to guns in the U.S. may be the first step to solving the crisis but there has to be a united will to do so. These same regulations would also be a welcome addition to the drone programme. For too long, they have been deployed by military operatives from both sides of the Atlantic, with impunity.

America must grab the issue of gun crime by the barrel and deal with its root causes. At the same time they must question the indiscriminate use of the drone programme overseas. Just as we value and wish to protect the lives of Americans from irresponsible gun owners, so we should value non-American lives being obliterated by drones.

Doing nothing is not an option. Anything less and the White House stands accused of rank hypocrisy.