The private sector will never solve the housing crisis, but we can if we work together - Canary 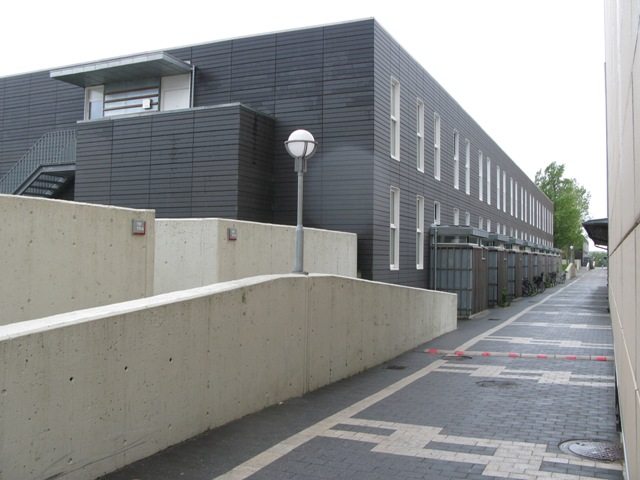 Decades of council housing sell-offs and failure to replace them has created a housing crisis in Britain. The private sector is part of the problem, not the solution. But that doesn’t mean solutions don’t exist. In fact, they are already being applied in other countries with great success.

House prices in the UK “nearly quadrupled from the mid-1990s to 2008”, and still remain “firmly in the stratosphere” today, according to economic analyst Jesse Colombo. Properties, he says, are “very overvalued”, especially when compared to their “historic price-to-income ratio” and “price-to-rent ratio”.

One big reason for this situation was the housing boom of the 1990s, which saw many speculators (with capital) buy up “rundown former local authority housing” with the purpose of renting them out later on “as a source of income”.

This phenomenon, far from being criticised by New Labour, was embraced as part of the Thatcherite/Neoliberal economic consensus. As there was both “cheap credit and a shortage of affordable rented accommodation”, many decently-paid citizens saw buying property as their only real option.

As a consequence, though, there was “a massive depletion in council housing stock”, worsened by the fact that local authorities were prevented from spending the money they received from selling council houses on building new ones. Then, the BBC affirms, the “near collapse of the banking system” between 2007 and 2008 effectively “ended the hopes of many on average incomes of ever owning their own homes”.

In February 2015, The Telegraph reported on how the value of British homes had gone up by £1.4tn in the previous 10 years. While this was great news for Britain’s 15 million homeowners, for others it means they will either be left to the mercy of the private rental sector, or forced to pay a far higher price for their chance of a secure home. Either way, the majority are out of pocket, and by late 2014, home ownership in the UK fell to a 25-year low.

What about under the new Tory government?

Private sector corporations and landlords must be ecstatic now that the Conservative Party has a majority government again. Benefitting from a lack of social housing and a government uninterested in building it, these so-called entrepreneurs will now have even less competition from subsidised or cooperative housing projects (which would otherwise make their business a lot less profitable), and will thus continue to take advantage of citizens who can’t afford to buy a home.

Those who do not benefit from the today’s deplorable housing market, then, were probably excited to hear Jeremy Corbyn bring up the current crisis in Prime Minister’s Questions this week.

Speaking about someone who “could not afford to buy a home” and was not comforted by Cameron’s vague promise that his team was “doing everything we can”, the Labour leader echoed the concerns of many citizens across the country. And the Prime Minister’s attempts to convince the public that he was sympathetic to those stuck in the private rental sector were particularly hopeless given the fact that his own Tory colleague (and private landlord) Philip Davies had previously claimed a law “requiring homes be fit for human habitation” was “an unnecessary burden”. For Davies, landlords were simply “an easy target for the Left”.

The issue is not just about progressive activists raging irrationally against the economic establishment, however. Just Fair, for example, which is a coalition of Crisis, Oxfam, Amnesty International, Save the Children, and UNICEF UK, recently presented a report to the UN Committee on Economic Cultural and Social Rights claiming that the UK was “in breach of its international human rights duties by failing to provide people with adequate homes in the face of a severe housing crisis”.

According to Just Fair, the “reduction in social housing in England” had pushed families increasingly towards the insecure, “inadequate, [and] unaffordable rental accommodation in the private sector”. As a result, “a growing number of families” were being forced into homelessness, with rough sleeping having “risen by 55% since 2010” and around 280,000 households finding themselves “at risk of homelessness”. In other words, left-wing criticisms of the Tories were backed up by the facts.

Unfortunately for Davies, then, private landlords will probably become an even easier target for criticism in the coming months and years, as Cameron’s plans to scrap the “requirement to build affordable homes for rent” in an “effort to encourage developers to build more housing for first-time buyers” is bound to force even more housing associations to “stop building homes for the poor” altogether. And, with even fewer houses available for rent in a country where over 90% of homes are beyond the means of people earning the average national wage, rental moguls are even more likely to push up their prices to benefit from the increased demand of despairing citizens.

On Friday, The Guardian spoke about how rents have already increased by an average of 6-8% over the past year in most of England, and how “the cost of a place to live” has now been definitively “uncoupled from the cost of living”. In other words, the “average total return” of a landlord is around £16,950 (for essentially doing nothing), whilst “an entire generation”, according to Shelter, is simply “stuck in insecure and expensive private renting” with no chance of escaping.

The high cost of renting has even given rise to a growing trend of paying for accommodation with services rather than money. In London, for example, one landlord advertised a room in a house for just £1 a month (while the “average cost of a flatshare in the capital” is £691) in exchange for “one or two days’ work” on an IT project each week. Over 1,200 computer experts or graduates registered an interest in just two weeks.

In June, the Royal Institution of Chartered Surveyors (Rics) reported that sales had hit their “lowest level since 1978” because the “ageing population of home owners” simply moved “less frequently”. With an “acute shortage of supply”, it stressed, house prices were likely to “rise by a quarter in the next five years”. The following month, The New Statesman claimed there had “never been a worse time to sell off council housing”, and that the government strategy was incredibly “damaging”.

The BBC, meanwhile, spoke about how millions of people were “stuck renting when they would rather be living in a home they own”. For Shelter, the shortage of affordable housing was having negative effects both socially and economically, with around “a quarter of those aged under 35” choosing to live with their parents.

Between March 2014 and March 2015, the BBC reported, the government had built only 125,110 homes, which was “half as many” as those required to “keep up with demand”. And, according to National Housing Federation estimations, there was now “a shortfall of more than half a million dwellings”.

What are the alternatives?

Reflecting the fact that the current crisis has stemmed from housing being mostly a private sector endeavour for too many years, Shelter’s Pete Jefferys has suggested that “more public investment in the social housing sector is the only answer”. At the same time, the organisation criticised the idea of a rent cap by affirming that such a plan usually created “two-tier markets” which pushed desperate citizens into “unregulated properties”.

One positive way to build and own housing in a sustainable and humane way, for example, is to do so cooperatively. And this can be with or without government support, just as many communities around the world, and some in the UK, have already shown.

Why do we need change?

In the last ten years, the US state of Utah has decreased its “chronically homeless population” by 91% thanks to its philosophy of:

If someone is homeless, give that person a home.

With “health and jail costs” considered, the state used to spend “about $19,208 per homeless person per year”. Their “Housing First” scheme, however, “provides a home and caseworker to that same person for $7,800”, both cutting costs and maintaining the “personal dignity” of the homeless citizens.

In other words, the idea is not that governments or communities need to build extravagant houses just to give away to people for free, but that they must see housing as both an investment and a human right, as a comfortable night’s sleep is one of the absolute essentials for a human being to be a productive citizen. And this housing could be similiar to Japan’s “ultra-tiny homes” or “coffin apartments” which, if offered to the most vulnerable citizens for little or no cost, would at the very least provide people with a chance to avoid life on the street (a life that Tory policies seem to encourage). Afterwards, if citizens wanted more space, they could save up for it (as they wouldn’t be spending their wages on exorbitant rents or mortgages), but that would then be a matter of desire rather than necessity.

Overall, though, it is very clear that what we must not do in our fight to ensure universal access to affordable housing is trust in the ‘benevolence’ of the private sector. For if we do this, we may find ourselves working for free in exchange for shelter or imprisoned in a life of mortgage repayments.

What we need to do is to think outside the box because, if this government has its way, we might just find ourselves living in that box in a few years’ time.