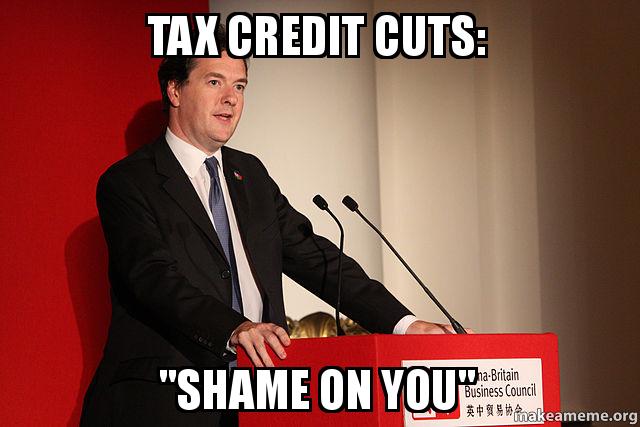 I voted Conservative originally because I thought you were going to be the better chance for me and my children. You’re about to cut tax credits after promising you wouldn’t! I work bloody hard for my money to provide for my children, to give them everything they’ve got and you’re going to take it away from me and them. I can hardly afford the rent I’ve got to pay, I can hardly afford the bills I’ve got to do, and you’re going to take more from me.

She finished by fiercely saying “shame on you”. Rudd looked ashamed and uneasy throughout.

This is clearly felt by others, such as Kelly Ward, who told The Canary that she would be £1,800 a year worse off. She said “I’ve never felt less stable”. Kelly had sent a question for Jeremy Corbyn to ask the Prime Minster at PMQs. The Tories laughed their way through it.

The Conservative party is also being investigated by the UN for potentially violating the rights of people with disabilities. At least the Labour party is no longer willing to accept the cruelty of this government. Corbyn’s Labour is emphatically anti-austerity and will challenge the Conservative party’s ideological cuts.

Owen Jones claimed that the tax credits cut could be the Conservative’s poll tax moment, Labour must ensure that it is.