Israel's UN vote dilemma over US blockade of Cuba - The Canary 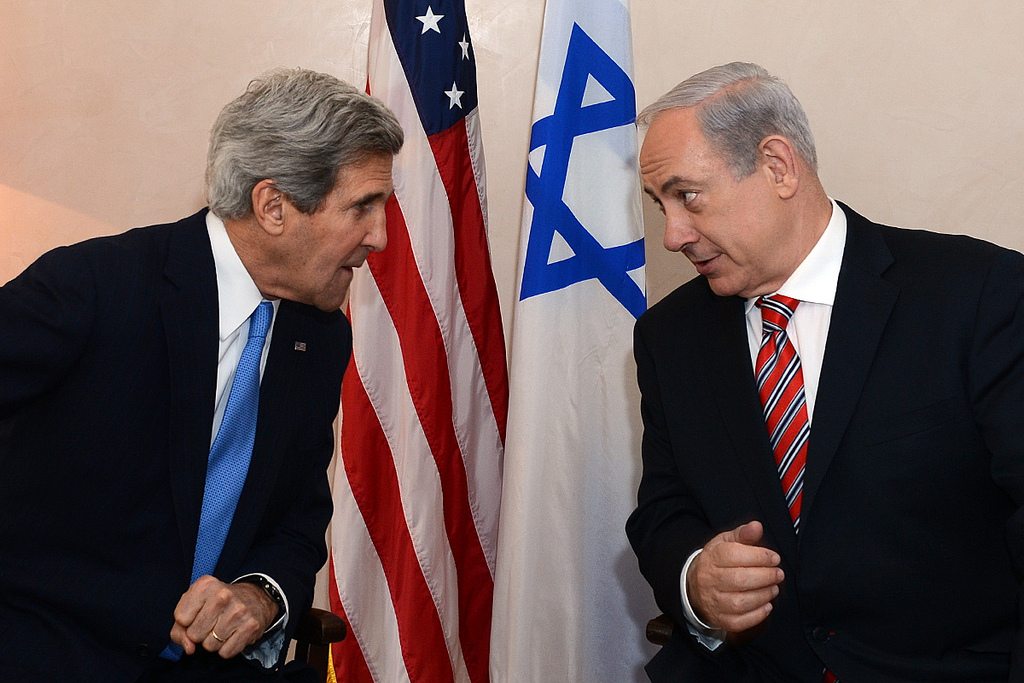 US Secretary of State John Kerry, currently visiting Europe, is scheduled to meet with Mahmoud Abbas and Benjamin Netanyahu this week to discuss an end to escalating tensions between Israel and Palestine. But with just a week to go before the 24th UN vote on ending the US blockade against Cuba, due on 27 October, is there a chance that Netanyahu and Kerry will discuss their intentions regarding the vote in the light of renewed diplomatic relations between the US and Cuba?

Right now, reports of their planned meeting are understandably focusing on a solution for Israeli / Palestinian relations, and on the gulf between Obama and Netanyahu in their dealings with Iran. The issue of the blockade against Cuba may not be at the top of the agenda but it remains to be clarified.

For the last 23 years, the US and Israel have been the only two countries to repeatedly vote in the UN in favour of maintaining the US blockade against Cuba. Rumours are abounding that the US is considering abstaining from the vote. Whatever the US decides to do, the situation is odd for Israel, a country that has supported the US in return for staunch support of its own international policies.

Obama’s administration and Benjamin Netanyahu have not always agreed on issues. In July of this year, John Kerry referred to Netanyahu’s reaction to a deal between the US and Iran as “way over the top”, adding the Israeli Prime Minister didn’t even know what the concessions were that “the US had not engaged in”.

It would be no surprise to learn that Israel had no idea of what concessions had been afforded to Cuba, heightening suspicions, given these tensions were reported six days before the reopening of the Cuban Embassy in Washington.

According to The Times Of Israel:

Israel was caught totally off-guard by the American about-face

when the US and Cuba announced diplomatic relations being resumed in December 2014. The article continued:

For years, Jerusalem had unquestioningly followed Washington’s lead on Cuba, considering it routine and necessary backing given America’s unstinting support for Israel in various international forums. Then America made its sudden, drastic shift toward Cuba. But Israel cannot follow suit — not at the moment, anyway — because Havana isn’t interested in ties with Israel

before going on to highlight “Cuba’s vicious Israel-bashing”.

There is no evidence for allegations of “Israel-bashing” unless you want to label Cuba’s support for the Palestinians’ humanitarian plight as that. Cuban internationalist policy since 1959 has participated in solidarity missions across the planet. Supporting the Palestinian people is not “Israel-bashing”. In the same way as the Cuban government and ordinary Cubans often express their condemnation of the US government while having no issue with the North American people, Cuba has been critical of Israeli government policy without any bashing of the people.

Crucially, as outlined in this succinct review of Israel-Cuba relations,

Indeed, the historic leader of the Revolution, Fidel Castro, a key figure even since the Presidency passed to his brother, Raúl, expressed in a 2010 interview his sympathy with persecuted Jews throughout history, a gesture which was received with an expression of gratitude from the Israeli Prime Minister. President Shimon Peres wrote to Fidel Castro describing his comments as:

a surprising bridge between the hard reality and a new horizon.

This expression of appreciation was not welcomed by the staunchly anti-Cuban Republican congresswoman, Ileana Ros-Lehtinen, who urged Netanyahu to retract his acknowledgement of the former Cuban President. As the incoming chairwoman of the House Committee on Foreign Affairs, committed to ousting Cuba’s Revolutionary government, she opposed a diplomatic opening between Cuba and Israel, closed since 1973.

Cuba had unexpectedly broken diplomatic ties with Israel at that time as Fidel Castro allegedly sought to lead the Non-Aligned Movement, news which Israel reportedly received with surprise and regret. Certainly one could argue that in the context of non-aligned nations not attached to following the policy of a super-power, breaking diplomatic relations with any country that voted unquestioningly with the US could appear to be a logical step.

Forty years on and the context has shifted between Cuba and the US. Outdated hostilities are up for review. The pressure in the US to lift the blockade is mounting from both sides of the political spectrum. Many US businesses are unwilling to lose out further on potential trade opportunities with the neighbouring island. However, until the blockade is lifted, and Guantánamo is returned to Cuba, all steps taken since December 2014 remain tentative and reversible. This makes the UN vote critical.

All in all it is an absurd situation, leaving Israel to determine whether to abstain (or consider abstaining), vote alongside their US allies in the bewildering event that the US votes against its own laws, or become the only country to vote to maintain the blockade against a country with which they appear to have no particular beef.

Whether, or whichever way, Israel votes, is likely to be decided according to the message they want to communicate to the US rather than any particular axe to grind with Cuba.