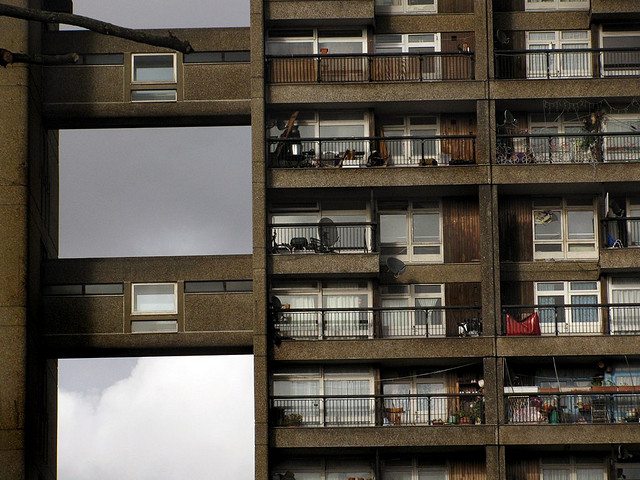 David Cameron, when confronted with the impact of his government’s cuts program, has been mechanically repeating that ‘the best route out of poverty is to help people get a job’. He claims that the increase in employment, together with the increase of the national living wage by 2020, will lift people out of poverty, regardless of benefit cuts.

The fifth edition of London’s Poverty Profile, a report by New Policy Institute for the Trust for London charity, was published on Wednesday. It paints a very different picture.

The report reveals that 27% of Londoners live in poverty, and the majority of people living in poverty are in working families. The proportion is 7% higher when compared to the rest of England, due to unaffordable housing costs. The poverty threshold is understood as households with incomes of less than 60% of the national median after housing costs are included.

Employment, as Cameron boasts, is up. The figures show that the number of unemployed adults in London is at its lowest level since 2008, at just over 300,000. However, as employment has increased so has the number of people in a working family in poverty. The number has gone from 700,000 to 1.2 million in the last decade, an increase of 70%.

There are two reasons for this. Firstly, the number of low-paid jobs is up for the fifth consecutive year in London, with almost 1-in-5 jobs paid below the London Living Wage (£9.15 per hour). Secondly, there has been an increase in ‘lower-quality’ jobs; the number of temporary contracts is at a ten-year high.

Cutting tax credits would worsen this situation. The report states –

640,000 children benefit from in-work tax credits and are likely to be worse off when these are cut in April 2016.

As already indicated by other research, the increase in the national living wage to £9.00 per hour by 2020 will not offset the impact of the cuts. The Canary previously observed that the rise is less than 5% per annum – energy bills are rising more than twice as fast. Furthermore, as pointed out by Mubin Haq, Director of Policy and Grants at Trust for London, the increase in the living wage proposed by the government is already below the London Living Wage of £9.15 per hour.

The evidence therefore shows that, contrary to the Prime Minister’s endlessly-recycled soundbite, under present conditions one cannot work one’s way out of poverty, and increases in the living wage will not offset the impact of the government’s cuts. Tackling the increase in zero-hour contracts, or genuinely committing to the provision of affordable housing, might have such an effect, but we are still awaiting a government proposal that might achieve either.