'The union is now in its coffin', Scots anger at 'EVEL' English only laws - Canary 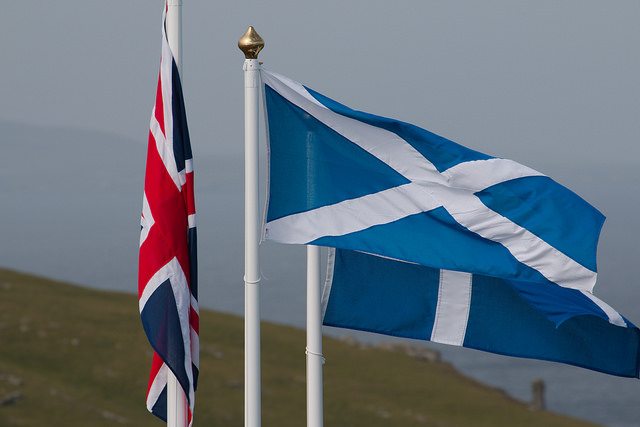 Since the Scottish referendum last year, support for an independent Scotland has been rapidly increasing. The English votes for English laws (Evel) legislation, meanwhile, has increased nationalist sentiment, and many now believe a second referendum is imminent. Tommy Sheridan, the pro-independence activist and former member of the Scottish Parliament, told The Canary:

the union is now in its coffin and Evel represents some of the nails holding the lid of the coffin down.

The new legislation will ensure that the principle of ‘one member, one vote’ no longer applies. If the Speaker deems one bill relevant to England only, or England and Wales only, English MPs will be entitled to a second vote. There is a suggestion, for example, that the plan to build a third runway at Heathrow Airport may be considered ‘English only’. And this shows just how ludicrous it is to suggest that some issues are English only, as the vast majority of issues in England will have a knock-on effect across the whole of the UK. Decisions in England will also have consequences on budgets across the UK.

Chris Bryant, Shadow Leader of the Commons and Rhondda MP, argued that this would politicise the role of the speaker:

I know that the Leader of the House thinks that deciding whether a Bill is exclusively England-only will be simple, but none of the evidence thus far provided by the devolved administrations, any of the legal experts or any of the Members of the House of Lords who have legal qualifications suggests that that is so.

Chris Grayling, the Leader of the Commons, said that it simply wasn’t “tenable to have devolution for Scotland, Wales and Northern Ireland and for England to have no powers at all.” Yet, English MPs already have a parliament. It’s called Westminster and, as Jamie Ross pointed out on Twitter, only 0.7% of votes in the Commons would have had a different outcome without Scotland’s MPs.

A reminder that Scottish MPs had a decisive say on just 0.7% of Commons votes from 2001 to 2015. #evel pic.twitter.com/GOthZ9UbEf

In response to the Evel plans, Tommy Sheridan said:

The support for a second referendum grows by the day. We cannot postpone the issue beyond 2018. Our people, the working class of Scotland, are suffering too much at the hands of the evil bastards in charge at No 10 without having a mandate to run our country. The unionist parties were reduced to the status of The Three Stooges in May. That represents an “event” and IndyRef2 should now appear in the manifestos of all pro-Indy parties and should we secure collectively over 50% of the votes cast next May, which we will, then that is the trigger for the 2nd and decisive referendum in 2018.

The anger at Evel has also been clear from Twitter. It appears the government has pushed many Scottish citizens towards supporting independence. And who can blame them?

Whoever advises Tories on Scotland is doing good job – for @thesnp. Their position on issues like #EVEL will drive support for independence.

Here is something for supporters of the Union to ponder…#EVEL makes it impossible for a Welsh or Scottish MP ever becoming Prime Minister.

The Scotland Bill was considered to be an England and Wales only issue. #EVEL pic.twitter.com/mgedisJ6Wu

So UNELECTED British Michelle Mone now has even MORE power today than our ELECTED Scottish MPs? How does that make you feel?#EVEL