Can Britain become a beacon for human rights? - Canary 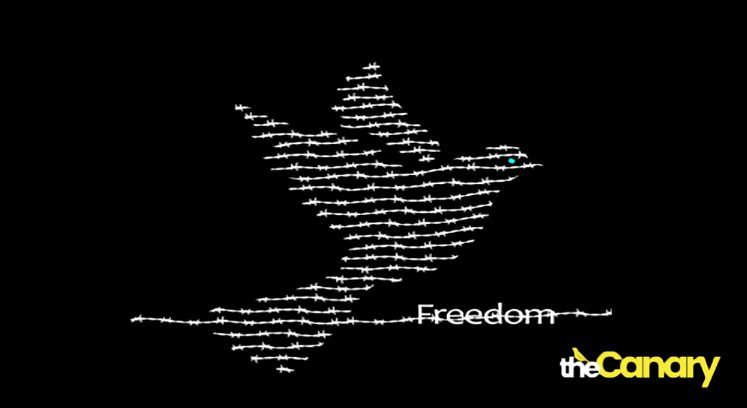 Human rights are not a burden. They have been fought for and secured over generations. So any attempts to devalue or violate them must be challenged, whether at home or abroad.

These rights are at the very core of British values, yet when it comes to championing them, there are two very different approaches taken by our key politicians: David Cameron and Jeremy Corbyn.

Cameron, for instance, is happy to arrange contracts to build nuclear power plants and shun the struggling British steel industry by offloading £11.8bn in rail construction contracts to China, a country whose government continues to violate human rights and restrict freedom of speech and where widespread torture continues for anyone considered a dissident. And in the last week, the Met police has been accused of doing the Chinese Government’s work for them by arresting a survivor of the Tianamen Square massacre and raiding his house after he waved banners at the motorcade of President Xi Jingping during his state visit to the UK.

News also emerged in January that Cameron had hoped the new commercial arm of the Ministry of Justice would complete a planned deal with Saudi Arabia to sell expertise to their prison service. Although the country is well known for its public floggings and beheadings, the prime minister clearly saw fit to green light this deal in order to safeguard relations with our important Middle Eastern ally. These relations, however, have not been quite as sweet since the dramatic u-turn by the government which saw it backtrack on the deal and the Saudi ambassador blame Jeremy Corbyn’s strong position on human rights for scuppering the transaction.

When not making deals with human rights tyrants, Cameron is violating democratic decisions on conflict engagement himself, selling arms to countries on the human rights blacklist and bragging about his intentions to use nuclear weapons. He is also the first prime minister to have the unwanted record of having his government investigated by the UN for human rights abuses against the disabled as a result of his economic policies.

Then we have Jeremy Corbyn, who is the antithesis of everything that Cameron stands for and is a champion of human rights.

The Labour leader, for instance, has said he would not use nuclear weapons. This seems like a no brainer for anyone that wants to see the human species make it out of the 21st century, and the recent upsurge in CND membership is a good suggestion that the British public agree. He raised with President Xi Jingping himself the woeful record China has when it comes to human rights and did indeed challenge Cameron personally to intervene in Saudi Arabia human rights abuses and cease the deal to sell trade skills. And that is the only thing we can actually blame Corbyn for.

Wherever you look, Corbyn has stood on the right side of history when measured against David Cameron. From being arrested for protesting for the release of Nelson Mandela to the more recent impassioned speeches for the oppressed people of Gaza, the Labour leader has carried the torch for hope in an otherwise oppressive establishment politics that has served only to destabilise the world further. In short, Corbyn represents a chance in a lifetime for meaningful political change.