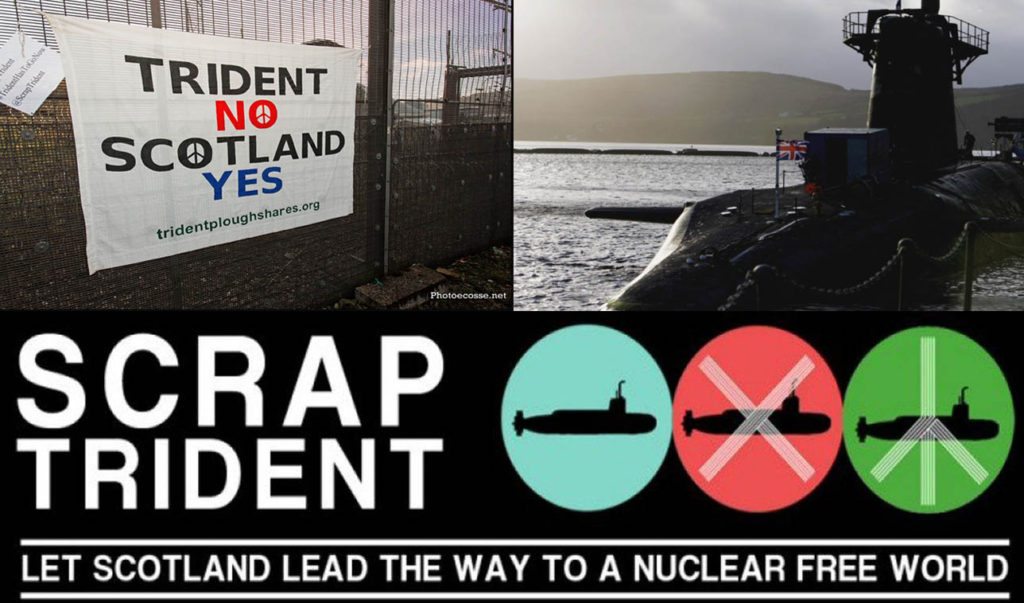 The Scottish Labour Party has voted against Trident renewal, making opposition to British weapons of mass destruction official Scottish Labour policy for the first time. The vote attracted a 70% majority and has been roundly supported by Jeremy Corbyn.

Nicola Sturgeon, head of the Scottish National Party, immediately tweeted her approval, and made an important point:

Good news that @scottishlabour has voted against Trident renewal…but it will only make a difference if UK Lab MPs vote against it in HoC.

Scottish Labour lost all but one Scottish seat to the SNP in the 2015 general election, but whoever holds the seats after 2020, they’ll need support from across the UK to get Trident scrapped. That means either a resurgent Scottish Labour or an incumbent SNP would need to convince MPs from the rest of the UK to vote with them on this issue – and that’s if Conservatives do not win another majority.

In October, the UK Labour party conference voted down a motion to hold a party-wide debate on the issue of Trident renewal. Only 7.1% of the constituency party and 0.16% of the trade union voted in favour of the debate, so Corbyn and Scottish Labour will certainly have their work cut out for them.

Fears that a debate on such a divisive issue could leave the party in chaos may have had something to do with the constituency vote, alongside concerns over job losses raised by the unions. However, the decision not to have the debate does not mean that the entire party is in favour of renewal, just that they didn’t want the debate at that time. Given the turbulence surrounding Corbyn’s election, this may in fact have been a wise move.

And the fears over job losses may be overblown. During a 2012 visit to the naval base located in Scotland, then Defence Secretary Philip Hammond said:

However, a freedom of information request by CND Scotland has revealed that this in no way means that 6500 jobs would be lost as a result of scrapping Trident. According to the MOD’s answer:

“there are 520 civilian jobs at Her Majesty’s Naval Base (HMNB) Clyde, including Coulport and Faslane, that directly rely upon the Trident programme”

Both Conservatives and certain elements of Labour have inflated the figures by suggesting that the entire Faslane naval base would be shut down, which is highly unlikely. Corbyn has repeatedly promised to preserve the jobs and skills of those working on Trident, and to transfer them into a similar industry. That shouldn’t be too hard for 520 people.

There is a large protest movement in Scotland, opposing Trident. Faslane Peace Camp has existed since 1982, in permanent protest against the threat that nuclear weapons pose. These hardy activists will be glad to hear that some small measure of progress has been made:

The political campaign against weapons of mass destruction on British soil is overcoming its inertia. Reports have arisen about how much more costly Trident will be than previously announced, and several ex-generals have rubbished Trident as an ‘a waste of money’ and ‘not a deterrent’. Jeremy Corbyn, at the helm of the Labour Party and just appointed vice president of CND, may be the best chance the UK has of following New Zealand’s lead in declaring itself a non-nuclear zone. 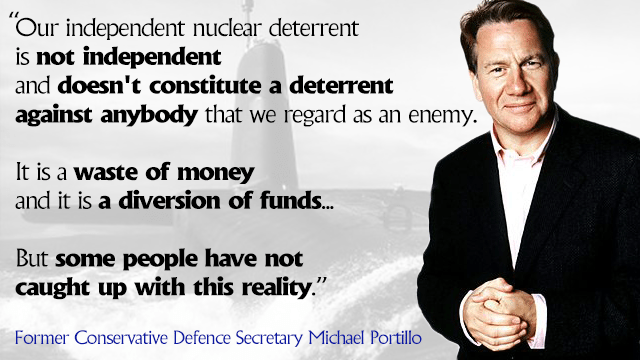 This may be one of those situations where power and principles can walk hand in hand. In order to win it in 2020 Labour needs Scotland, either by winning back its seats or by forming a coalition with the SNP. Those who would vote no on Trident out of principle will do so, but those who want to maintain party unity between north and south, win votes in Scotland or work alongside the SNP would be wise to do so too.