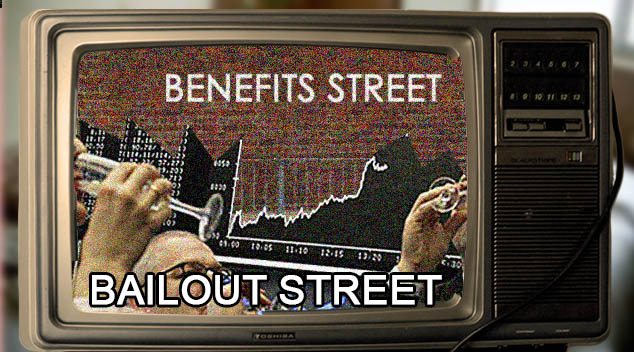 The refreshingly straight-talking SNP representative for Paisley and Renfrewshire South, the UK’s youngest MP since 1667, wrote an article in The Herald Scotland in which she recognised the struggle of those on the breadline and called out the media companies that misrepresent them:

She argues that programs such as Channel 4’s ‘Benefits Street’ misrepresent people living in poverty, and are responsible for the general public overestimating the levels of fraudulent benefits claims.

This could be one of the reasons behind the results found by an Ipsos Mori poll that revealed the public believed benefit fraud accounted for £24 out of every £100 claimed. Yet the reality is that fraud actually accounts for 70p out of every £100.

Black points out that there is actually a serious problem with those who are entitled to benefits not collecting them, and suggests that it is the result of the stigma and shame now associated with claiming them..

Depending on which source you look at this could amount to as much as £20 billion of benefits going uncollected every year. That is a massive amount of funding that is meant to go to those in need but each year lies unclaimed.

In her article, Black turns the mainstream narrative on its head, reminding everyone that, contrary to what the media would have us think, benefits are by-and-large a social good. The are not some sort of impractical hand-out that encourage laziness and delinquency, but a vital safety net that prevents the very worst forms of poverty. Black also reminds us of the large numbers of pension age people who rely on the welfare state to survive:

According to Age UK, pensioners are missing out on £5.5 billion of income-related benefits every year, vital income that could help many pensioners from facing the annual fear of winter and the choice whether to “eat or heat”.

But the main point of the article is this: why with all this screen-time devoted to those supposedly cheating the system at the bottom, is comparatively little spent on the big fish – the corporate tax-avoiders and the super-rich.

There is not a series on “the UK’s Top 10 Tax Dodgers” or “Britain’s Biggest Tax Evaders.”

So why are there no shows about millionaire bankers pissing away bailout money? Why no reality tv of the super-rich, tax-evading owners of the Daily Telegraph, the Barclay brothers? And as Black points out, if we look at the relative value of tackling these social problems in terms of money alone, unpaid tax comes out as being far more pressing:

The media prefer to make the public focus on those claiming benefits. Yet the scale of tax avoidance within the UK dwarfs the level of benefit fraud. According to the UK Government, tax evasion is around £35 billion per year but, according to a report commissioned by the union PCS and researched by Tax Research Associates, tax evasion in the UK in 2014 was around £119.4bn.

So why the discrepancy?

Overall, benefits claimants and the poor are simply an easier target, unlike the Barclays brothers they can’t litigate when accused of financial malfeasance. The poorest and most disadvantaged don’t have control over the mainstream media and when they occasionally get to put across their point of view, it is via mediums owned by those who have every reason to scapegoat them. There’s plenty of antipathy towards the super-rich ‘scroungers’ cheating the tax system, but a cowardly and co-opted media prefers to go after the vulnerable and the cheated instead.