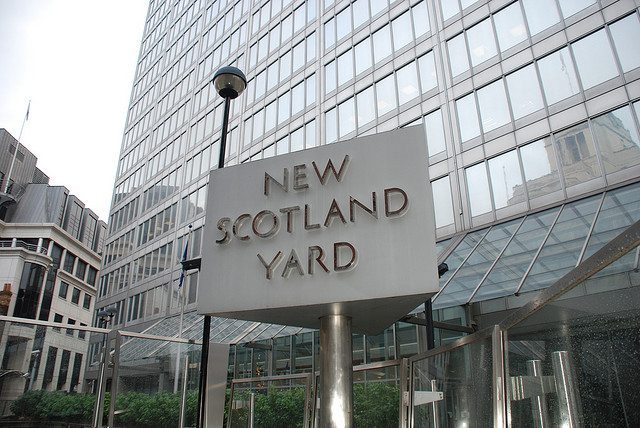 Police forces around the United Kingdom have been found to be under-recording crimes reported to them at a rate of almost 1-in-5, and a similar proportion of crimes that are recorded are subsequently being wrongly re-classified as non-crimes. Of particular concern is that among these dismissed crimes is a high proportion of sexual offences.

The body that polices the police, Her Majesty’s Inspectorate of Constabulary (HMIC), has therefore announced a change of approach for performing inspections of individual forces. The head of the HMIC, Sir Thomas Winsor, has published a letter which he is also sending to all Chief Constables, stating that, for the foreseeable future, oversight of the way crimes are recorded by the police will be carried out without any advance warning.

HMIC current practice is to give several weeks’ notice of when an inspection is due. Winsor, in his letter, makes no bones about why this is to change. He writes:

It is almost a year since the publication of our report on the accuracy of crime recording, Crime-recording: Making the Victim Count. It did not reveal an attractive picture.

The report, to which Winsor refers, suggested that as many as 19% of crimes reported to the police in England and Wales may be going unrecorded (see page 18, under heading Summary and conclusions), which amounts to approximately 800,000 possible crimes per year just disappearing down ‘the memory hole‘.

This is alarming enough, but the rate of non-recording becomes even more disturbing when it comes to sexual assaults and rape. The average rate of reported sexual offences going unrecorded is estimated to be 26%. And the proportion worsens still further when the reported crime is of violence against the person: 33% are estimated to go unrecorded.

Victims of crime are being let down. The police are failing to record a large proportion of the crimes reported to them … This failure to record such a significant proportion of reported crime is wholly unacceptable.

The picture is made slightly worse, not better, by what can happen even when a crime is recorded. A substantial proportion of them are later re-classified as non-crimes (‘no-crimed’). Again referencing page 18 of last year’s report:

Even when crimes are correctly recorded, too many are removed or cancelled as recorded crimes for no good reason. Of the 3,246 decisions to cancel, or no-crime, a crime record that we reviewed, 664 were incorrect. These included over 200 rapes and more than 250 crimes of violence against the person…

3.1 percent of crime that is recorded by the police is no-crimed. However, for recorded crimes of rape, the level of no-criming is 7.3 percent.

In an era where worries about police corruption and doctored evidence are high – consider police conduct after the Hillsborough Disaster, or after the shootings of Jean Charles de Menezes and Mark Duggan, or the growing number of deaths in police custody – the notion of police officers picking and choosing what they wish to perceive as a crime will do nothing for public confidence.

Winsor is perhaps worried that police forces, when receiving a couple of weeks’ notice, are likely to do a hurried ‘tidy-up’ job to bury all trace of crimes being reported but not fully-recorded, hence his decision to change over to unannounced inspections.

But the reasons for police officers actually failing to record crimes in the first place is not so easy to pin down. There has to be suspicion that this is connected to the world of performance targets that we have increasingly lived with since the 1980s, and which became far more pervasive during the Blairite era. Targets have applied to the police as much as to any industry, and they are so narrowly focused on outcomes, including outcomes that can be open to definition, that how the industries meet them is often overlooked.

One way of reducing the demands on a police force to lower rates of unsolved crimes is to reduce the number of incidents that are classified as crimes, especially the more difficult ones to investigate and prove e.g. rape cases. Alongside the disgust, one might still feel a smidgeon of sympathy with police officers over the temptation they must feel to pretend that certain crimes are not genuine, given the growing strains they are experiencing with falling budgets and staff cuts. Many decent officers can be made to look inefficient or lazy when they are given unreasonable targets to meet.

However, when this leads to over a quarter of reported sexual offences going uninvestigated, it suggests that the numbers themselves have become more important than what they signify. This should lead to a wholesale reassessment of performance targets, even of the whole culture of performance targets, but this is unlikely to happen.

Even so, Winsor’s decision is undoubtedly correct, and while the strain it will cause is likely to create even more pressure on the police, the need for accuracy and transparency must come first.