Identity of Paris attackers confirmed, here's how many were refugees - Canary 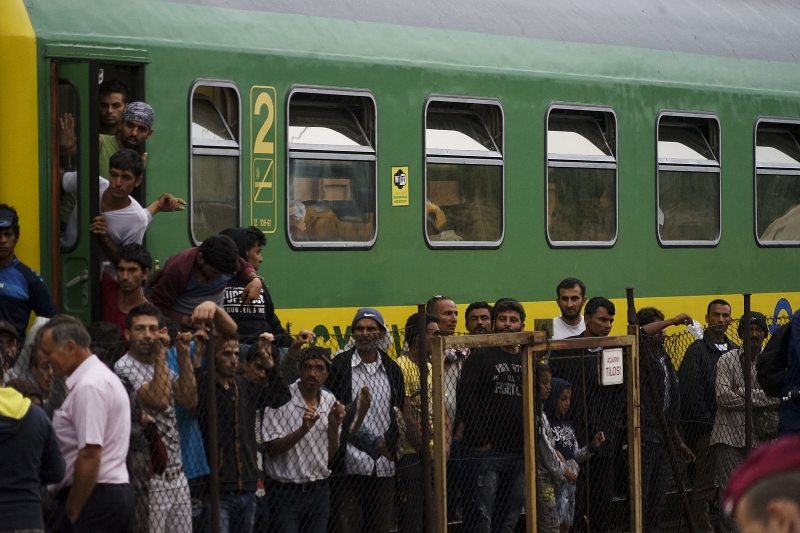 The terrorist attacks by Islamic State (ISIL) fighters in Paris on Friday have led to much shock, and angry responses from all around the world. One of the most disturbing developments has been the backlash against the large number of refugees arriving in Europe from the Syrian Civil War. The Daily Mail, as already highlighted in The Canary, is characteristically guilty of one of the worst, most xenophobic and anti-Arab published reactions. In all of this sadly-predictable clamour of anti-immigrant rage, however, a crucial nugget of information has subtly slipped past many people’s attention; most, if not all, of the attackers in Paris on Friday, were from Europe, and not from the Middle East.

The Vice-President of the European Commission, Federica Mogherini, went on record on Monday, stating quite categorically that what happened in France on Friday was largely a matter of ‘internal domestic security’. She said,

Let me underline; the profile of the terrorists so far identified tells us this is an internal threat. It is all EU citizens so far.

Here is a rundown of the attackers definitely identified so far, and where they originated:

There is also ‘Ahmad al-Mohammad’, who it has been suggested could be one of the other suicide bombers. A Syrian passport was supposedly found near the bomber’s remains, which would imply a possible link to the refugees, but there are still some questions that need to be answered about that (see below).

Now it must be made clear that not all of the attackers have been identified as yet, and logically, if any of them were refugees, they would be the most difficult ones to identify, so it is far from certain that all of the terrorists were European. It also bears mentioning that Amimour and Mostefai do appear to have spent some time in Syria recently.

But nonetheless, the fact that the majority of the attackers are from France or Belgium still has a very strong implication that rather undermines the xenophobic backlash against the Syrian refugees; quite simply, even if it turns out that several of the attackers had entered Europe by infiltrating the flow of refugees, and had been stopped from reaching France, the attacks on Friday would probably still have happened. They might have been somewhat smaller and taken fewer lives, but it is fairly clear that local knowledge and co-ordination played a big role in planning the attacks, and both were provided by locally-born attackers, not by anyone arriving from Damascus.

The attacks are understood to have been planned in Molenbeek, which is in Belgium, not in Syria. There is even a video circulating online suggesting that the attack on the Bataclan Theatre might have been threatened as far back as 2008. It is a little difficult to believe that Friday had direct links to that, but if it did, it would mean that the bombings pre-dated both the Syrian Civil War (which began in 2011), and even the birth of ISIL itself (which is formally recognised as evolving from ‘al-Qaeda-in-Iraq’ in 2013). If the plan pre-dated the Syrian conflict, then it makes it all-the-more unlikely that it is connected to the refugee crisis that the conflict created.

As for the passport found near the remains of ‘Ahmad al-Mohammad’, it in fact muddies the picture rather than clarifies it. It has not been firmly established that the bomber was the person who had possessed it, for one thing. For another, no one, at the time of writing, has come up with a particularly plausible reason why a suicide bomber carrying out his defining mission would bother carrying a passport with him at all, given he was surely expecting to die before the day was out. Even if he was worried that the bomb might fail to detonate, and therefore would want to have an escape-route handy, he could have headed many a mile in several directions without having to present a passport to anyone, because France is part of the (relatively) ‘relaxed-borders‘ European Union. Furthermore, the passport shows signs of being a ‘mass-produced’ forgery, as a man in possession of an almost identical document has been arrested in Serbia.

In short, the passport does rather smack of being a ‘plant’, perhaps even planted by the ISIL attackers themselves, in the hope of increasing Islamophobic tensions in Europe. If so, it appears that a lot of Europeans are obligingly co-operating with their plan. It is very sad when, in the name of ‘self-protection’, people end up co-operating with the very people from whom they think they need protecting.

The response of the French Government has been sadly violent. They have bombarded the ISIL stronghold of Raqqa with unusual ferocity, suggesting angry machismo remains the dominant posture in international affairs. The number of civilian deaths during these ‘counter-attacks’ appears low, for which there are good reasons to be thankful – and not just for the sake of preserving innocent lives. If an innocent is killed for the crimes of the guilty, it creates a martyr, and can possibly radicalise the innocent’s friends and family. However, there is every likelihood that the French will continue the bombardment in the next few days, and the number of innocent dead in Raqqa is likely to climb the longer it lasts. French anger, while understandable, could easily serve to strengthen ISIL’s hand.

It is time for a lot of people to calm down and draw a breath. It is natural to react with shock, fear and anger after the horror of what happened in Paris, and in small doses, an outlet for such feelings is probably healthy. But false accusation, scaremongering, scapegoating, and vengeful violence have been taken too far over the last four days, and they are the most powerful recruiting tools ISIL can be given.

Cool-headed reason must now have its day again. The alternative is likely to be a war for the ‘Holy Land’ that lasts another fifteen years. Surely no one wants that?