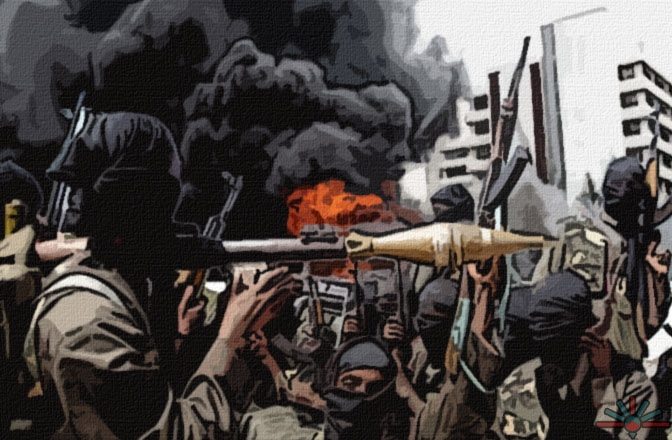 The media clamour about the Islamic State (ISIL) attacks in Paris last Friday, and the heavy-handed military response by the French Air Force in Syria, has been loud enough to drown out most mentions of other atrocities happening around the world. In the middle of this week, the Radical Islamist group, Boko Haram, has been accused of committing a pair of atrocities in Nigeria that have so far taken at least 47 lives, and which the mainstream media have been so quiet about that one is given to wonder how many Western journalists even care.

The first of these attacks was on Tuesday evening in the eastern border city of Yola, killing 32 people. A very crowded fruit and vegetable market in the Jameta district was blown up in a bomb blast, for which, at the time of writing, no one has claimed responsibility, but which is almost certainly the work of Boko Haram.

The attack matches Boko Haram’s modus operandi, and the explosion fits with a pattern of bombings the group has committed in the region over the last six weeks. These include a twin-bombing of two mosques in the north-east of the country, killing 55 people in  mid-October, followed by another bombing in Maiduguri on 23 October, during an attempted inauguration of a new mosque, killing 28 people, and another in Yola just a day later causing 27 more deaths.

The second of the attacks this week occurred in the northern city of Kano on Wednesday 18 November, in another suicide bombing. Early death-toll estimates stand at 15, after two females are believed to have blown themselves up at the Farm Centre mobile phone market. Again, no one has claimed responsibility for this attack yet, but like the attack on Yola, Boko Haram has set plenty of precedent for this style of bombing in Kano; in an absolutely horrific massacre on 30 November last year, at the city’s grand mosque, a suicide bomber took the lives of over 120 people. In July this year, a female suicide bomber blew herself up in a comparatively futile attack on another mosque, in which she was the only one to die. In both cases, the bombers appeared to have been forced into carrying out the atrocities by Boko Haram soldiers, rather than as soldiers in their own right.

Boko Haram has been active since 2002, although it was originally founded as a conservative-but-moderate Sunni Islamic movement opposed to the westernisation of African education. Indeed, its name approximately translates as ‘Western education is forbidden’, although its modern ideology, a fundamentalist variation of Wahhabism, is more closely compatible with the ‘al-Qaeda’ doctrine. (‘Al-Qaeda’ is often wrongly assumed to be the name of a network of terrorist groups; in fact, it is the name of a shared idea, rather than any kind of unified organisation or alliance.) Hence, Boko Haram is understood to have close links to ISIL, which itself grew out of ‘al-Qaeda-in-Iraq’, and the Nigerian group even has an Arabic alternative name – Jama’atu Ahlis Sunna Lidda’awati wal-Jihad. This roughly translates as “brethren committed to the proliferation of the prophet’s teachings and jihad”. The movement has caused dreadful havoc and bloodshed across Nigeria since it turned militant and extremist in 2009. In 2014 alone, Boko-Haram-related activity was to blame for 6,347 confirmed deaths, and in the first week of 2015, a rolling massacre by the terror group in the border town of Baga took in excess of 2,000 lives.

2015 has not been a good year for Boko Haram, having lost large stretches of territory in the face of resurgent Nigerian Government forces. But the movement is still strong enough to remain a serious and frequent threat, as this week’s bombings have demonstrated.

In other words, Boko Haram is clearly at least as big a menace as ISIL, or any other jihadi group. But, perhaps because the movement is so heavily focused on winning Nigeria, its international activities are negligible, and the media in Europe and North America keep forgetting about it for lengthy periods of time. Even when our mainstream media do notice that Boko Haram is still committing crimes so heinous that they would cause Idi Amin to shake a forefinger in disapproval, they never get remotely the kind of saturation coverage the Paris attacks have received over the last five days. It is not that there is an order-of-priority over which terrorists should get a mention as such, but there does seem to be an order-of-priority over which victims should get a mention. Even the famous example of the #bringbackourgirls campaign in April 2014 was more a success for political campaigning on social media, than an example of thorough mainstream journalism.

This hit-and-miss attitude in the popular press is why you may not even have heard of the two attacks outlined above until you stumbled across this report. It is a similar story with the bombing in Lebanon one day before the attack on Paris. In all these examples, the society it is happening in feels too remote or obscure for the likes of the BBC to prioritise it, and so, even when these attacks are at least reported, they never get a high billing or in-depth analysis.

These media inadequacies apply also in conflicts such as Yemen, Libya, Turkey (yes, there is most definitely a perennial war raging in Turkey), Somalia, the Central African Republic, Sudan, and Egypt.

Boko Haram organises massacres on an almost-fortnightly basis, but is still reduced to ‘background fill’ in most Western news outlets, simply because the society it is attacking feels ‘less familiar’. That means our mainstream media are using horribly wrong criteria for deciding which stories they wish to prioritise, and that means either censorship or superficiality.