Bigot attacks Muslim woman on train, what happens next will restore your faith in humanity - Canary 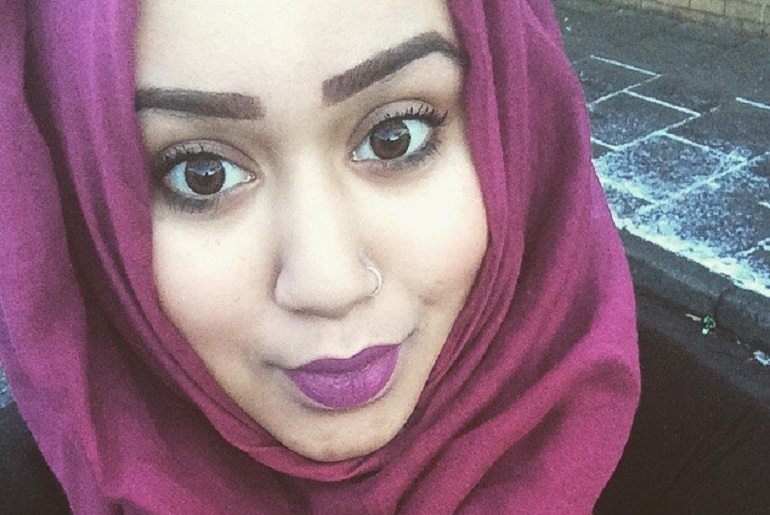 Ruhi Rahman, 23, was travelling with her sister on a busy Newcastle metro train when a man started harassing her. But this story, unlike so many others recently, doesn’t end there.

She says on her Facebook page that the man made:

racist threatening comments like ‘get out of this seat now this is my country. You’re bombing different countries and don’t deserve to be here or in this country’ and much more.

Another witness to the incident on 21 November, who wishes to remain anonymous, reported that:

some horrible little b*stard comes up to the two ladies and demand that they move for him, then tells them to get off altogether as he is English and he has a right to be there and they don’t. And other such sh*te. What happened next was mental.

Before I even got a chance to react to his comments the women beside me, supported me and helped. After a while most of the people on the metro came over and spoke up for us and were being so supportive.

A few of us immediately told him to back off and leave them alone, then quite quickly pretty much the whole carriage joined in. Everyone from mams to students to nanas were telling this kid to leave the lasses alone and told him that he was the one that needed to leave, as he stamped his feet a little bit and half-arsedly tried to argue that he shouldn’t have to leave and we’d be sorry when the women blew the train up.

But by this point he was being pretty much yelled at by everyone who were telling him to get off at the next station. Two older blokes in their toon tops and scarves came forward and said he could leave at the next stop or he was getting dragged off. So he tottled off with his hate filled little tail between his legs while the carriage clapped and gave a little cheer and the women thanked and hugged everyone for sticking up for them and said how lovely it was that everyone came together for such a display of unity.

The man left the train at Palmersville Metro station.

It was so sweet to see how everyone in the metro got the man off and then clapped at the end.

The woman beside me started to cry because she was so disgusted with his comments and she said no one should go though this and everyone also gave me a hug. It made me smile and appreciate how lovely they all were. I hope more people can not be so narrow minded and realise how Islam should not be blamed for an individual’s act because Islam stands for peace not terrorism.

I’m still raging, but am very, very proud of the good geordie people.

In a week filled with news of terror attacks, tabloid racist propaganda and a backlash against refugees and Muslim people across Britain, stories like Rahman’s are a much-needed reminder of the power of ordinary people sticking up for each other.

After Rahman was overwhelmed by well-wishers on Facebook, she replied:

I just wanted to thank everyone from the bottom of my heart, every single one of you who supported me on the metro and everyone who’s showing me support online, it means a lot to me and my sister , you have turned something so negative into something so positive.

We came as one unity, stood up against what is wrong. I was so overwhelmed and still am with all your support. Geordies are truly the best! So much love and support. I have reported this now and hopefully it gets dealt with effectively. You passengers that defended me and my sister were my angels, feel like we were one big family.

This simple act of solidarity can begin to restore our faith in humanity and we should replicate this in our daily lives, wherever we see hatred rear its ugly head.