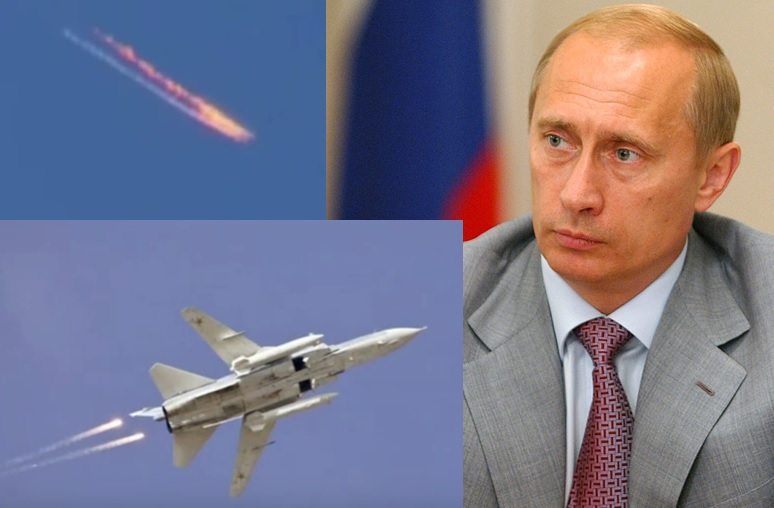 On 24 November, a Russian plane was shot down by Turkey over Syria. Russia responded by sending in a special forces team to rescue one of the pilots, deployed an air defence system to its base in Syria and a warship to the Mediterranean. But if Russia was undertaking an anti-terrorist operation, and the Turkish government is also opposed to terrorism, why would Turkey shoot down Russia’s plane?

To answer that question, we just need to look at Turkey’s behaviour in recent months and years.

The reality is that Ankara has no real interest in fighting Wahhabi/Salafi extremists like Daesh (ISIS) or Jabhat al-Nusra. This has become clearer and clearer ever since the current Turkish regime broke off peace negotiations with the PKK – a left-wing organisation which has proven itself to be among the most effective fighting forces in the battle against Daesh – after failing to secure a majority in June’s elections. Focusing its efforts on attacking the PKK rather than Daesh, the Turkish State’s complicity with jihadis was one of the main factors responsible for the Ankara bombings back in October – when 102 left-wing peace activists were murdered by Daesh sympathisers in one of the most secure areas of the Turkish capital.

Meanwhile, The Canary reported on 22 November that Vladimir Putin had shared intelligence at the G20 summit implicating 40 countries – including G20 nations – in the financing of Daesh. Although he did not give specifics, there are reasons to suspect that one of the states he was referring to was G20 host Turkey – due to its failure to deal with Daesh in Turkey and its focus on attacking its own citizens in progressive Kurdish municipalities.

At the same time, the defence militias of Rojava in northern Syria – the YPG/YPJ – have long criticised the Turkish State’s collaboration with jihadis like Daesh and al-Nusra. In fact, since 24 October the Turkish army has launched a number of cross-border attacks against the YPG/YPJ near Kobanî, while killing one civilian in the village of Siftek on the same day as the Daesh attack on Paris. All of this in spite of the fact that the Syrian Democratic Forces (a multi-ethnic alliance formed in mid-October and led by the YPG/YPJ) have driven jihadi forces out of around 200 villages in northern Syria in the last few weeks.

Those defending Rojava are not the only people who have condemned Turkey’s links to Daesh, however.

Investigative journalist Dr Nafeez Ahmed has spoken of the Turkish State as the “leading sponsor” of Daesh, criticising the west’s:

shameless affair with Erdogan’s terror-regime, which funds and arms our very own enemy.

The reason for this support, he says, is Turkey’s pivotal position in a US-EU plan for a “new energy map” in the region which would give the west greater independence from Russian resources.

Meanwhile, the director of the Program on Peace-building and Rights at Columbia University’s Institute for the Study of Human Rights, David L. Phillips, has provided a comprehensive outline of the links between the Turkish State and Daesh.

The downing of a Russian plane

It should, therefore, come as no surprise that Turkey has attacked Russian aircraft in Syria. The newly victorious AKP regime in Ankara is desperate. It is desperate not to allow Assad to retain power in Syria; desperate to destroy the progressive alternative of the Rojava Revolution; and desperate to ensure that its own ideology – a mixture of religious chauvinism and capitalist economics – is triumphant in Syria.

Is NATO in control of what the Turkish army does? It’s difficult to know.

Are Turkey’s violations of human rights kept quiet by its NATO allies? Of course.

Therefore, we need to consider the following.

Turkey (and NATO) will probably try to defend the downing of the Russian jet by claiming a violation of Turkish airspace, and that Turkey had sent warnings to the Russian pilots before shooting. But the truth is that this action is indicative of the current Turkish regime’s disregard for attempts to defeat Daesh and reach a peaceful settlement to the Syrian crisis.

Despite the many criticisms levelled against Putin, he is right to speak about the links between Turkey and Daesh in the wake of this event. And we should listen when he says:

We have long been recording the movement of a large amount of oil and petroleum products to Turkey from ISIS-occupied territories. This explains the significant funding the terrorists are receiving.

At the same time, we should take heed when he calls this attack:

a stab in the back delivered by terrorists’ accomplices.

Action must be taken

The current Turkish regime is an accessory to sectarian chaos in the Middle East. It is adding fuel to the fire of regional conflict. And it is an anti-democratic force which is aided and abetted by its NATO allies.

Citizens in the UK can write to their MPs to encourage them both to support the progressive democratic process in Rojava and to put pressure on Turkey to stop its divisive and destructive actions at home and abroad. Without such a change in foreign policy, a war in the Middle East is likely to rage on for months and years to come.