Thanks to Cameron's austerity, this sickening Victorian tradition is making a comeback - Canary Workers’ Co-op 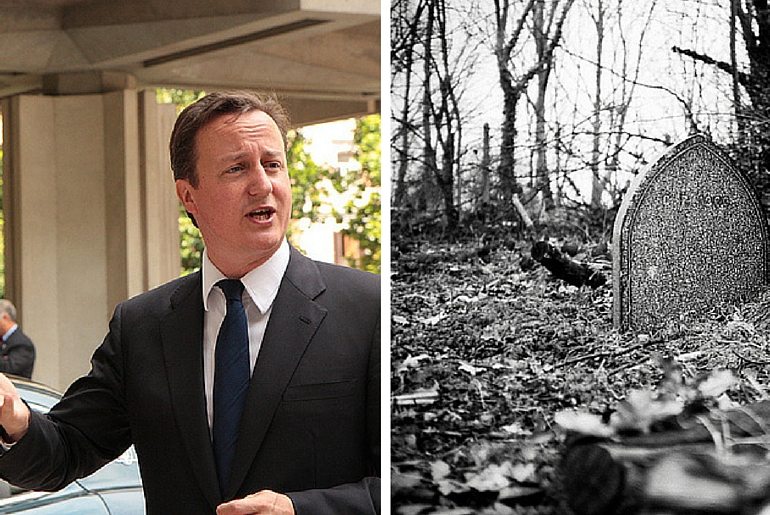 There has been a drastic increase in people relying on local councils, rather than loved ones, to bury them when they die. It appears that austerity not only burdens people in life but also in death.

It is a terrible indictment of the Tories’ economic failure that there has been an almost 30% increase in so-called ‘pauper’s funerals’. In these cases local authorities pick up the bill for people who die alone or when relatives are unable to pay the costs.

Councils reluctantly handle the fees when they are unable to trace any family members, and pay the bare minimum – which means an unmarked grave for the dead. This means, in a grim and ironic twist that the savings made by cutting welfare and social services, by further impoverishing people, are now being paid out to cover the costs of these bargain send-offs. The taxes of the living servicing the needs of the dead.

Some of those who have received a pauper’s funeral include a 17-year-old who had no contact with his family, a homeless murder victim and around 20 ex-service men and women.

A funeral director, Sue Maclean, asked the prime minister to ensure ex-service personnel would be given a proper burial and not buried in paupers’ graves. She was so disgusted that Michael Clarke, who was an ex-Royal Marine, was given a pauper’s funeral, that she decided to organise a funeral for him. Unfortunately, David Cameron believes that it would be “too much of a burden on the tax-payer” to give those who risked their lives a decent funeral. And that’s despite an apparent willingness to send more young men and women to the reaper by embroiling us in another war. Ms Maclean said:

No person that has given up their yesterday for our ­tomorrow should leave this way on a final journey.

As a taxpayer, I would not see this as a burden.

Tim Morris, the chief executive of the Institute of Cemetery and Crematoria Management, said:

I think more people are being trapped in funeral poverty – that is, they just can’t afford funerals

In 2014, the insurance firm Sun Life Direct asserted that funeral poverty had risen by 125% since 2010. They argued that soaring costs and people’s growing inability to meet them resulted in this worrying trend. Staggeringly, they calculated that the average funeral costs more than £3,500. This means costs of funerals have gone up around 80% at a time when low pay is rife and wages still well below pre-recession levels.

However, Mark Woollard, from the National Society of Allied and Independent Funeral Directors believes that there is also a correlation with the number of people who are dying alone:

I think there’s been an increase in public health funerals because people don’t have as much disposable income, and also, people are living longer and alone.

Over 710,000 men and 1.1m women over the age of 50 experience loneliness, and now it appears many are dying alone. There will be a 65% increase in the next 15 years of older men living alone, this will mean more people dying alone and being laid to rest in unmarked graves.

But these changes in the way we live and die can’t account it for all, and the reaper’s share of the responsibility must be laid at the door of a government that has cut fast, deep and without concern for the long-term consequences. We’re now realising that so-called ‘savings’ to the welfare budget tend to re-emerge as costs in surprising ways, all the while robbing the poor of dignity in life, and death. We desperately need economic measures that serve the many, rather than the few, if we’re to reverse this morbid trend.