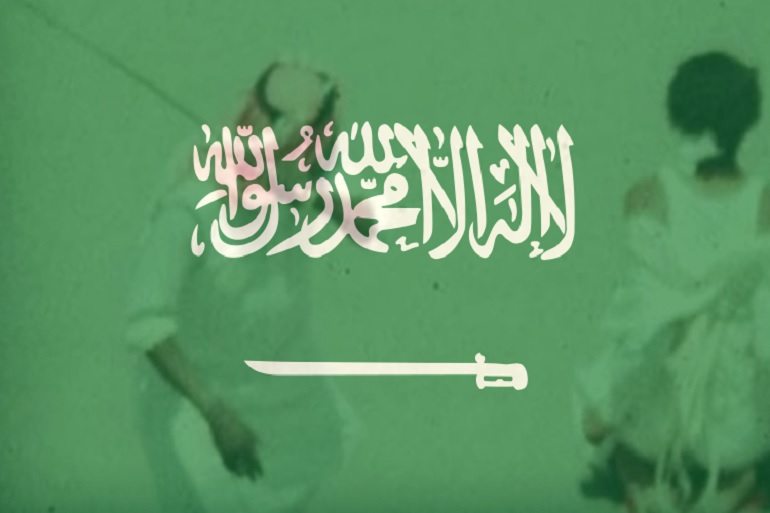 Thousands of Twitter users have been posting #SaudiArabiaIsISIS and #SueMeSaudi hashtags this week. The reason for this is that the justice ministry of Saudi Arabia has apparently threatened to sue a Saudi writer for comparing the oil-rich Western ally to Daesh (Isis/Isil) in a tweet.

Why are Saudi leaders so riled?

The initial tweet, from a person described by the BBC as a “prominent” Saudi writer, was published in response to the death sentence given to 35-year-old poet Ashraf Fayadh for allegedly “promoting atheism” – a charge the defendant denied. The unidentified Twitter user’s comparison between the Saudi regime and Daesh was based on the fact that both perform gruesome executions on a regular basis.

According to Amnesty International, the Western ally has executed at least 151 people in 2015 alone. In fact, local sources in the country report that over 50 people may be executed in the coming days.

The mothers of five youngsters who could be killed have spoken out. They say that their children, who were under 18 when arrested in 2012 for taking part in anti-government protests, have been subjected to “multiple forms of injustice” by the Saudi authorities. In particular, they speak of their arbitrary detentions, unfair trials, and torture.

Saudi authorities regularly pursue charges against individuals based solely on their peaceful exercise of freedom of expression, in violation of international human rights obligations.

And cartoonist Peter Brookes exemplified the similarities between Daesh and Saudi Arabia in the following image: 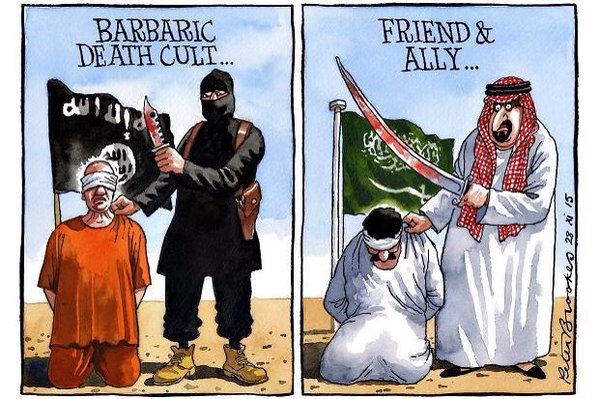 Saudi rulers fear comparisons with Daesh primarily because they know they are legitimate. Hence why a justice ministry source claimed that courts would put on trial “any media that slandered the religious judiciary of the Kingdom”. Bring it on.

Is there an ideological connection?

Former MI6 agent Alastair Crooke wrote in 2014 about how the state ideology of Saudi Arabia was the driving force behind Daesh. Wahhabism (or Salafism) is an intolerant sect of Sunni Islam based on the teachings of an 18th-century reformist who believed that those who didn’t agree with him could legitimately “be killed, their wives and daughters violated, and their possessions confiscated”. This belief system is unrepresentative of the vast majority of Muslims and, for that reason, many scholars believe that both Daesh and Saudi Arabia interpret Islam in an inaccurate, intolerant, and extremist way.

But there is not only an ideological link between the two Wahhabi forces. According to one senior Qatari official, Daesh actually began as “a Saudi project“.

And the connection deepens.

University of Sydney professor Tim Anderson, for example, explains how Saudi Arabia played a key role in arming and funding jihadis in Syria after 2011. The Independent, meanwhile, has shown how Saudi Arabia is host to the biggest number of Daesh supporters on Twitter. And Leo Cendrowicz has claimed at The Independent that “Saudi Arabia sowed the seeds of radicalism in Belgium” by placing Wahhabi preachers there from 1967 onwards.

Politicians want war against Daesh but not against the Saudis

UK prime minister David Cameron embarrassed himself on 1 December by telling Conservative MPs that Labour leader Jeremy Corbyn and other anti-war figures were “a bunch of terrorist sympathisers” for not wanting to launch air strikes against Daesh in Syria. This was a ludicrous comment, and not only because Corbyn’s anti-war stance is born from intelligent and balanced analysis.

Cameron and co. have very little to be proud of as far as respect for human rights is concerned. In particular, the current British government has drawn criticism from Amnesty International for its close alliance with Saudi Arabia. And The Independent’s James Cusick has reported that:

Britain is at risk of being prosecuted for war crimes because of growing evidence that missiles sold to Saudi Arabia have been used against civilian targets in Yemen’s brutal civil war.

Cusick says around 5000 civilians have been killed in the Saudi-led bombing campaign in Yemen and, according to Unicef:

as many as 10 children a day are being killed.

In the words of Save the Children’s Edward Santiago:

The UK prides itself on being a world leader on responding to humanitarian crises, yet its reluctance to publicly condemn the human cost of conflict in Yemen gives the impression that diplomatic relations and arms sales trump the lives of Yemen’s children.

And for former British diplomat Frances Guy, the instability caused by the Western-backed and Saudi-led attacks in Yemen has:

created the next space for Isis after Syria.

British complicity with Saudi Arabia is also why Twitter users have criticised shadow foreign secretary Hilary Benn for his pro-war stance regarding Syria:

Hilary Benn MP says we should bomb with air strikes because of human rights and beheadings. I thought he was talking about Saudi Arabia!

Hilary Benn says on C4 that we must bomb IS because they behead women. Does he want RAF to bomb Saudi Arabia too? https://t.co/nZFDWEf8H3

Ripped Off Britain has summarised the UK’s shameful lack of interest in crimes committed by oppressive allies like Saudi Arabia in the following image: 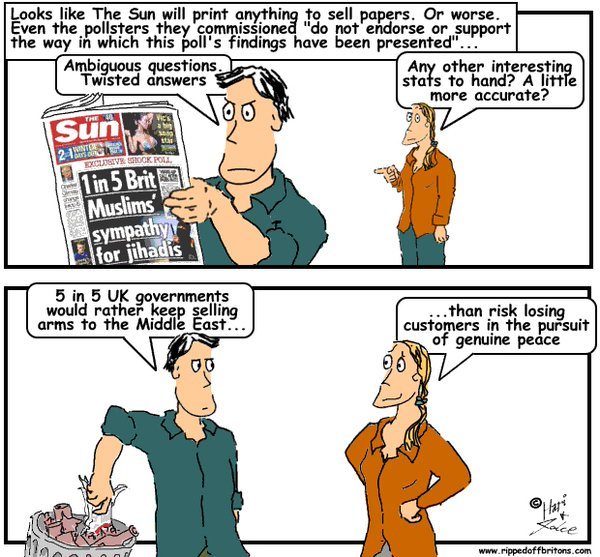 In other words, as long as Cameron and other Western politicians prop up the likes of Saudi Arabia – which rules through state terror while lining the pockets of arms manufacturers – they are the real ‘terrorist sympathisers’.

Therefore, we should share our concerns about Saudi Arabia with our MPs, campaign for the release of Ashraf Fayadh, and share the #SueMeSaudi and #SaudiArabiaIsISIS hashtags on Twitter. Above all, we must pressure our government and UK companies to sever ties with this violent regime.