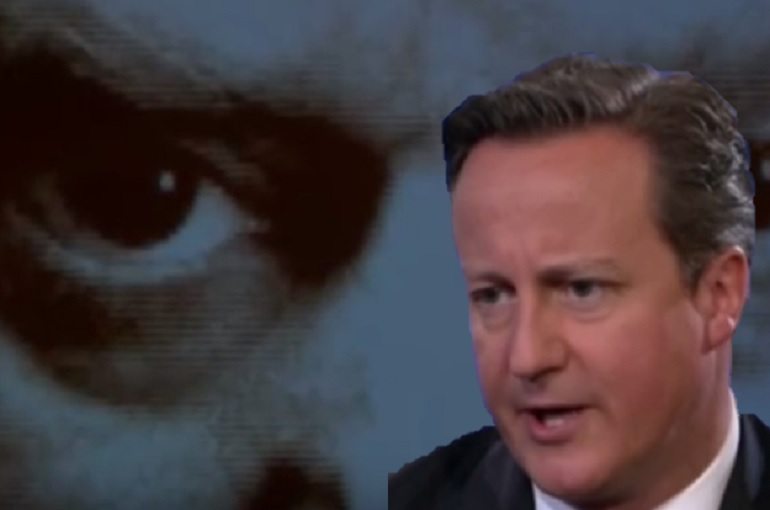 ‘Terrorism’ is an incredibly emotive word. Prime minister David Cameron knows this very well, and it is the reason he tried to use it as a propaganda tool to discredit Labour leader Jeremy Corbyn in the run-up to the vote on air strikes in Syria on 2 December. But with Cameron slanderously referring to Corbyn and his anti-war colleagues as “terrorist sympathisers”, let’s ask ourselves where his own sympathies lie?

The friends of the British political establishment

Corbyn would be one of the first members of parliament to condemn the barbaric acts of Daesh (Isis/Isil) and assert that steps must be taken immediately to stop them from committing more crimes. But he has insisted that bombing the group in Syria will do little to stop its growth and will inevitably see innocent civilians killed. For that reason, he has stressed the need for international laws to be respected whilst arguing for the need to cut off Daesh’s “funding, its supply of arms, and its trade”.

Furthermore, he has further pointed out that the group has received significant support from Saudi Arabia – a theocratic dictatorship and a key Western ally in the Middle East. The Saudi regime is essentially Daesh with an embassy. And yet David Cameron consistently sucks up to the country’s repressive rulers. You know, the people who define “calling for atheist thought in any form” an act of terrorism.

Then we have NATO ally Turkey, whose anti-democratic regime recently accused two figures from an opposition newspaper outlet of being “members of a terror organization”. This is also the state which allegedly killed a human rights lawyer who it had claimed had been “making terrorist propaganda” because he had challenged the government’s divisive and warmongering rhetoric.

Another example of the criminal company kept by Cameron and co is the Israeli State, whose military prosecutors claim every Palestinian child is a “potential terrorist” and that Israel’s consistent violations of international law are therefore justifiable.

In fact, Britain’s allies abroad – who use the word terrorism so liberally it begins to lose meaning – represent perfectly the authoritarian motto of George Orwell’s 1984:

War is peace
Freedom is slavery
Ignorance is strength

And let’s also remember that Adolf Hitler used the rhetoric of fighting ‘terrorism’ after the burning of the German parliament in 1933. This was the pathway for his Nazi party to suspend constitutional guarantees like privacy and free speech in order to consolidate its power.

A backwards world where peacemakers are called terrorists

Certain acts deserve to be referred to as terrorism, but others clearly do not. And understanding the roots of extremism is simply not the same as sympathising with acts designed to generate terror. However Jeremy Corbyn is not the first peace activist to be treated like a criminal for seeking to understand the reasons behind conflict while opposing simplistic and counterproductive actions. Indeed, the UK police are known for treating peace activists as terrorists, with people like 87-year-old John Catt who have no criminal convictions having long police files.

A number of internationally-respected activists have been referred to as terrorists in the past, or have been monitored closely by their governments. Although there are allegations of misogyny and racism in other areas of his life, Gandhi is a perfect example of such treatment. The British Parliament officially declared him a terrorist in 1932 because he used non-violent activities to bring India’s colonial rulers to their knees.

Nelson Mandela, meanwhile, who remains a hero for many peace activists, was kept on the USA’s terrorism watch list until 2008. In the UK, the suffragettes whose courageous actions are now lauded, were also viewed as terrorists. More recently, just last month, Shilan Özçelik, an 18-year-old from London was sent to prison for terrorism offences for wanting to fight against Daesh.

And, according to University of Colorado professor Ira Chernus,  Martin Luther King Jr. would “probably be charged with domestic terrorism” in the post-9/11 United States for his vehement opposition to the Vietnam War. According to The Nation’s Dave Zirin, King’s “only moral compass was one that pointed toward standing with the powerless against the powerful”.

King was monitored closely by the FBI, which shared information about the civil rights leader’s sex life with the press in the hope of discrediting him. In fact, when the Civil Rights Act was passed in 1964 and King won the Nobel Peace prize, the FBI’s J. Edgar Hoover allowed a letter to be sent to the peace activist encouraging him to kill himself.

But as editor in chief of Muslimmatters.org, Hena Zuberi says, King kept his focus and became “the greatest anti-terrorist that this country has ever seen”.

And at a time when Jeremy Corbyn is being targeted by warmongers for maintaining the same principled stance as the figures mentioned above, it is worth looking at King’s words from 1967 regarding the Vietnam War:

Every nation must now develop an overriding loyalty to mankind as a whole… that lifts neighborly concern beyond one’s tribe, race, class, and nation… When I speak of love I am not speaking of some sentimental and weak response… I am speaking of that force which all of the great religions have seen as the supreme unifying principle of life.

War, King said, “cannot be reconciled with wisdom, justice, and love”. Therefore, a reordering of priorities was needed “so that the pursuit of peace will take precedence over the pursuit of war”. For him:

There is nothing to keep us from molding a recalcitrant status quo with bruised hands until we have fashioned it into a brotherhood.

The most “revolutionary spirit” of all, he insisted, would be to declare “eternal hostility to poverty, racism, and militarism”.

There are very good reasons not to launch air strikes, and many fewer pros than cons. There is absolutely no reason to think that Daesh-inspired terrorism will stop if the UK bombs Syria, and no guarantee that innocent civilians will not become what Western politicians like to call ‘collateral damage’. Daesh represents an intolerant ideology, but the fact is that it is an ideology shared by Western allies in Saudi Arabia and Qatar and fuelled by the divisive and destructive actions of states like Israel and Turkey.

If peace activists actually thought bombing would do any good, or that innocent civilians would not be killed in the crossfire, the situation would almost certainly be different. No-one wants to see an end to intolerance and violence more than they do. But we can’t stop the horrors committed by the likes of Daesh, Boko Haram, and al-Shabab by taking money away from hospitals, schools, and social services and placing it into the hands of the arms industry. Whilst Cameron and his double standards accuse peace activists of terrorism, it is a badge we need to reclaim and wear with pride.

We need to oppose all political violence, wherever it may be and whoever carries it out. And like Martin Luther King Jr. said, the best way to end such violence is to end poverty, racism, and militarism throughout the world. Only in that way can we create a world in which all humans, regardless of where they were born or what they look like, learn to coexist in peace, justice, and freedom.