The Sun is humiliated, as latest immigration scare story exposed as nonsense - Canary 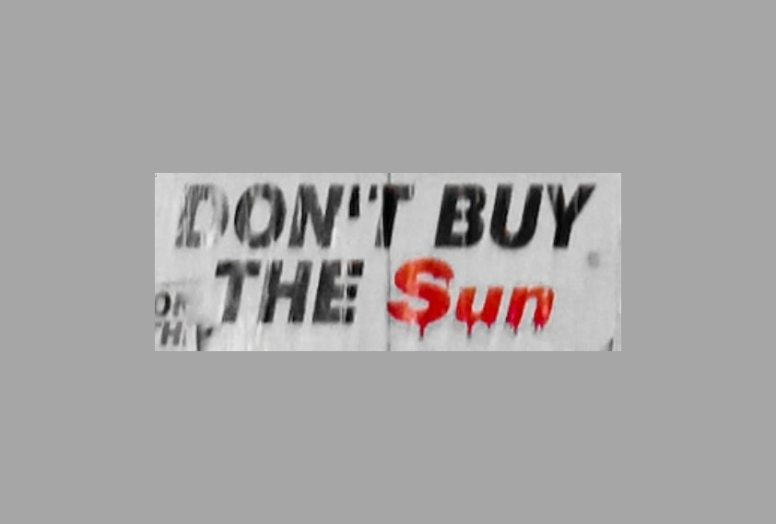 The Sun has been caught publishing another false scare story about immigration, which has been exposed very quickly – not for the first time recently. This time, the panic that it stirred up is about a supposed slackness of European border controls.

Emile Pierre Ghessen, who is a British citizen and calls himself an ‘investigator’, claimed that he had successfully travelled all the way from Turkey to Paris in six days without having to show his passport even once.

The article recounting Ghessen’s claims on the Sun’s website was titled A damning exposure of Europe’s lax borders, and it implied that the path he took was much the same as the route used by many refugees, and by some of those responsible for the terror attacks in Paris when they returned home from training in Syria.

Ghessen’s story included a rather tall-sounding claim that he got past the border police when entering Croatia, by hiding in a toilet when his train was stopped. He claimed that he left the door unlocked so it looked unoccupied.

The police never checked the toilet… Four hours later I was in Zagreb and spent the night in a hostel.

Unfortunately for both Ghessen and the Sun, this part of the the story was swiftly debunked by the Interior Ministry in Croatia. The key part of the Croats’ statement reads – and although there are linguistic oddities of Google Translate, the gist is clear enough:

it is a false and inaccurate claims [sic] because the Croatian border police recorded Emile Pierre Ghessena 23.11.2015 at 14:10 hours at the railway border crossing Tovarnik when entering the Republic of Croatia, while it is [sic] 24.11. at 17:20 hours recorded at the airport border crossing Zagreb (airport Pleso) at the exit of the Republic of Croatia

In other words, the Croatian authorities insist that they checked his passport not only as he entered the country, but also as he left it.

Furthermore, as evidence to support their position, the Croats published a scan taken of Ghessen’s passport at the time it was checked.

Interestingly, Ghessen’s article, which appeared on page 26 of the Saturday edition of the Sun, has been taken down from the ‘newspaper’s’ website. The short-URL was ‘http://thesun.uk/6016BTKW6’, but this now diverts to the homepage. There is, it is hardly necessary to say, no obvious mention of this U-turn anywhere prominent on the Sun’s website. Meanwhile, Ghessen’s accounts on both Facebook and Twitter are understood to have suddenly closed.

According to the Independent, a spokesman for the Sun has made the following statement:

The journalist concerned is not a member of The Sun’s staff but a freelance documentary maker, whose work has been used by national broadcasters, newspapers and websites.

However, this attempt to disown Ghessen does not rest easily alongside an image the Independent has shared from the original article in which the Sun’s sub-heading clearly refers to Ghessen as ‘Our man’.

Having tried similar deceits twice in just a couple of weeks, and having been caught out both times, any credibility the Sun had on immigration issues has surely now been shredded entirely.