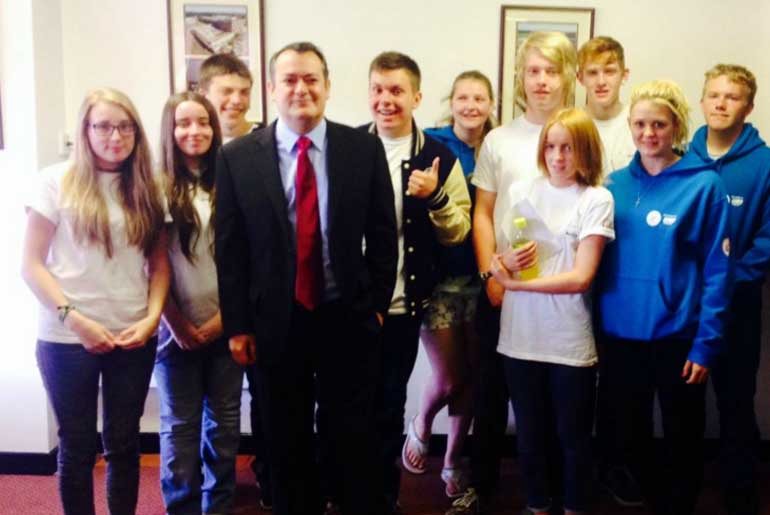 Michael Dugher MP, shadow secretary of state for culture, media and sport, has been ejected from his position in the shadow cabinet. For some, his social media announcement came across as having a bitter undertone:

Just been sacked by Jeremy Corbyn. I wished him a happy new year.

This was a typical response:

@MichaelDugher Grow up – you sound like a stroppy teenager.

It seems that he was so upset that he just had to change his profile bio. Now ‘what Jeremy did’ has become a permanent part of his identity:

MP for Barnsley East. Sacked by Jeremy Corbyn for too much straight talking, honest politics. Husband. Dad. Beatles & curry obsessive. All my teams play in red.

Though he found some sympathy on the internet, a few people asked if he was ‘all right’, many of the replies followed a common theme:

@MichaelDugher Still can't help spinning this against Corbyn. He was elected, you've done nothing but attack him. Sacking deserved

While some defended his right to free speech, others found the numerous, critical articles he’s written about the Labour leadership, a little out of order:

And while one friendly member of the public tried to console Michael with the salary that he gets to keep, somebody showed up with a bit of internet research on how much taxpayer funded fun Dugher was helping himself to:

Often they would return to a single point: if he wanted to keep his position in the cabinet, why did he take every opportunity to undermine Jeremy Corbyn and the unity of the Labour party?

But the reply that really captured the national mood was this:

It’s hard to escape the conclusion that the general public just do not think that constant, pointless undermining and backbiting falls within the definition of free speech and debate, nor that it is an acceptable way for a member of the shadow cabinet to behave.

Not when austerity and inequality are increasing, and not when Jeremy Corbyn has brought over 180,000 new members to the Labour party, decimated the Tories and UKIP in the Oldham by-election, and polls higher than any other party leader.