Devastating hospital attacks in Yemen, as the world's most savage civil war intensifies - The Canary 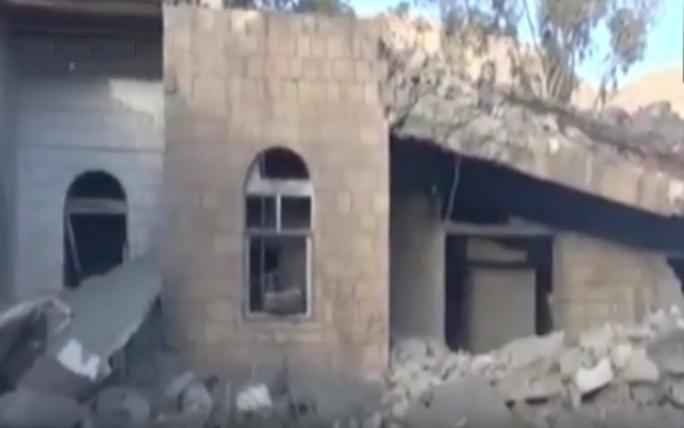 The civil war in Yemen has seen two more hospitals hit by airstrikes in the space of little more than a day.

The first of the hospitals, struck on Sunday 10 January, was run by Médecins Sans Frontières/Doctors Without Borders (MSF). This charity has already been the victim of more than its share of atrocities in the last few months, including in Yemen itself.

A statement released, by MSF, asserts that the Shiara hospital in the Razeh district of north Yemen was struck by “a projectile”,

killing four people, wounding 10 and causing the collapse of several buildings of the medical facility…Three of the injured are MSF staff members, two of whom are in critical condition.

The number of casualties may rise, as there could be people trapped in the rubble. While the identity of the attackers is unclear, the likeliest suspects are the military coalition led by Saudi Arabia. It is notable that, without making a direct accusation, MSF’s director of operations, Raquel Ayora, singled out the coalition when speaking out against the attack:

All warring parties, including the Saudi-led coalition, are regularly informed of the GPS coordinates of the medical sites where MSF works… There is no way that anyone with the capacity to carry out an airstrike or launch a rocket would not have known that the Shiara Hospital was a functioning health facility providing critical services

On Monday, the Houthi-run Saba news agency reported that another medical facility had been struck, this time in central Yemen. This facility is not MSF-run. A clinic in the Swadi district of the Bayda province, according to the report, had been destroyed in the airstrike, for which Saba has explicitly held the Saudi-led coalition responsible. As the Houthi rebels control Saba, while Saudi Arabia and the coalition support the displaced government of Yemeni President Abd-Rabbu Mansour Hadi, the claim should be treated with a measure of caution.

However, a rebuttal by an official in the Yemeni government, speaking from its relocated base in the port of Aden, insisted that the hospital was “only damaged” and that several Houthi rebels who were using the site as a base were killed in the attack.

This statement offers no denial from the Mansour Hadi regime that its Saudi-led allies carried out the attack, and its claims that rebels were using it as a base has unsettling echoes of US excuses for the Kunduz hospital bombing in Afghanistan. The government’s further claims that rebels were killed in Monday’s attack are dubious in the extreme, as there seems little obvious way to have confirmed the deaths so soon.

How the war in Yemen fits into the wider Middle East

Yemen’s civil war has become a proxy for wider power struggles across the Middle East; in particular, the long-running ‘arm-wrestle’ between the Sunni kingdom of Saudi Arabia and the Shi’a republic of Iran for pre-eminence in the region. The rivalry stems partly from the sectarian schism between Sunni Islam and Shi’a Islam, and also from a racial divide; Saudia Arabia is an Arab kingdom, as the name would suggest, while Iran is a Persian republic.

With the uprising of the Houthi rebels – Zaidi shi’ites – in Yemen as part of the Arab Spring in 2011, quietly supported by the government in Iran, the House of al-Saud grew alarmed at what it saw as ‘Persian encroachment’ on the Arab peninsular. (Please note, there are various other factions involved in the Yemen civil war, which is as confused a conflict as it is a savage one.) In 2015, along with a wide range of allies, Saudi Arabia began direct military intervention in the war. For the most part, this has served only to escalate the conflict and increase the destructive tempo; estimates are that at least 6,000 Yemenis have died since the intervention began in March 2015.

A ceasefire was declared in December, after the two sides agreed to begin peace talks in Switzerland. A relative lull in the fighting set in, even though the talks proved inconclusive. The outlook was hopeful that a fresh round of talks would be arranged, but then came 2 January 2016, and one of Saudi Arabia’s most bloodthirsty and arrogant recent crimes; an action so crass and so inhuman that it is difficult to imagine that it was not a deliberate provocation; –

47 people in Saudia Arabia were put to death in a single day, including the prominent Shi’a cleric Nimr al-Nimr. There were furious protests across Iran, whose foreign ministry described the executions as

This may seem rich coming from Iran, given its own appalling history of violent repression, but hypocrisy or not, the anti-shi’ite nature of the Saudi policy has caused the Islamic republic profound offence. Since then, the fighting of the proxy war in Yemen has resumed its former intensity. The next round of peace talks have been postponed, and it seems unlikely any resumption of them will have any credibility, in light of the almost-casual attitude shown by both sides towards committing atrocities.

Events in Yemen prior to the ceasefire had been routinely savage, to an extent that startles people in the West. With even hospitals now increasingly seen as ‘fair game’, the worst of this barbaric war may still lie ahead.