Oxfam blast tax avoiders, as this figure shows inequality is at worst level ever recorded - Canary 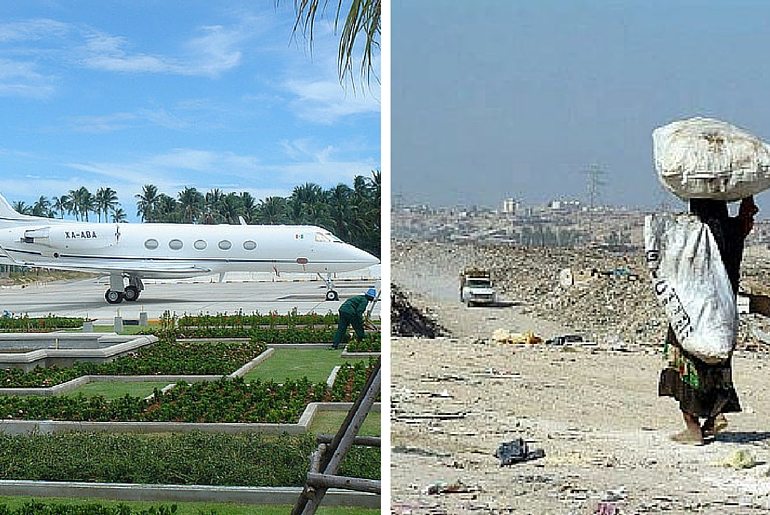 Oxfam have released a devastating new report which shows that inequality is increasing faster than ever before. They has revealed that 62 people have as much wealth as the poorest half of the world’s population- 3.6bn people.

We knew inequality was bad, after all, it was only a few months ago that a billionaire from Hong Kong was able to buy a $48m blue diamond for his daughter as a gift. This was around the same time that here, in the UK, it was revealed that around 600 people had killed themselves whilst undergoing the Department for Work and Pensions’ (DWP) ‘fit to work tests’. These tests decide whether a person who has a disability (or someone who has a long-term illness) and is a recipient of benefits, should remain on welfare or have their support cut and be forced into work.

But it appears things are worse than we feared as many corporations are not paying their fair share of tax. This is having a damaging impact on world poverty and inequality.

Oxfam has calculated that:

In 2010, 388 individuals held the same wealth as the poorest half of the world’s population. Whilst that figure is deplorable, it looks a damn sight better than the current figures.

Instead of an economy that works for the prosperity of all, for future generations, and for the planet, we have instead created an economy for the 1%.

In order to achieve a more prosperous world, Oxfam calls for: a living wage, gender equality, action to be taken on lobbying, a reduction in the price of medicines, a higher rate of tax on wealth and an increase in public spending.

It is increasingly obvious that the gap between the 1% and the 99% cannot be sustained. It is about time that governments took Oxfam’s advice and started taking action before it is too late.

Send a message to David Cameron to stop tax avoidance.

Support the Canary so we can keep exposing this inequality.

Support UK Uncut or get involved with other organisations campaigning against inequality.