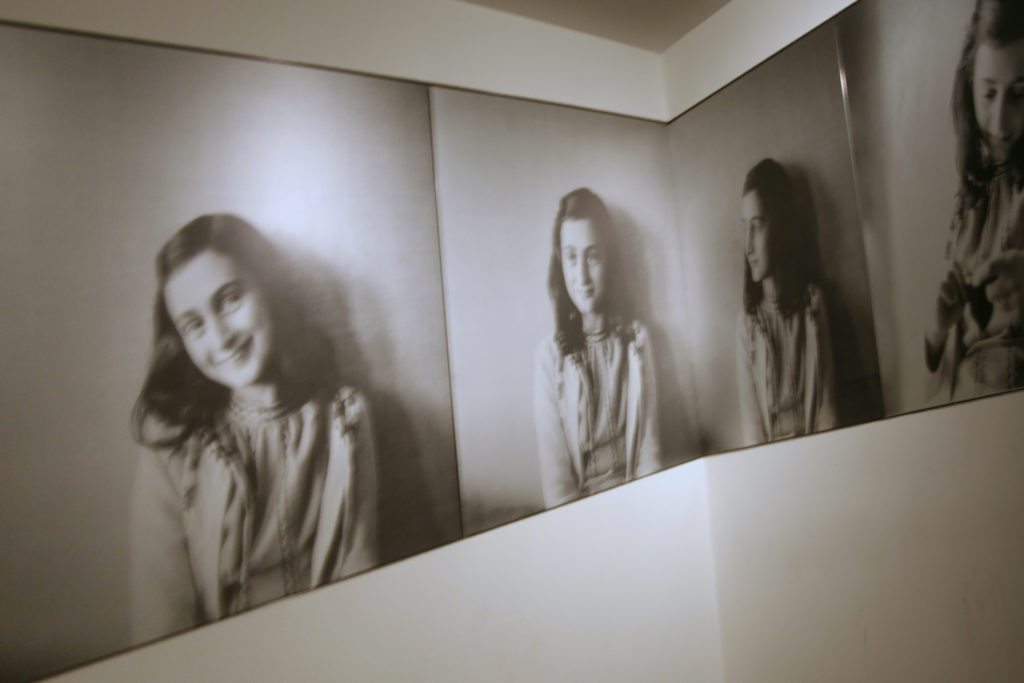 Eva Schloss, the stepsister of Anne Frank, whose family was victim to Nazi persecution at Auschwitz, likens modern day authoritarians like Donald Trump to the regime she survived. She has spoken out publicly against the treatment of Syrian refugees, whose situation she compares to the hardships faced by Jews fleeing from the Third Reich.

We haven’t really learnt anything—I’m depressed by the current situation. The experience of the Syrian refugees is similar to what we went through.

In 1938 Eva and her family moved to Belgium after Adolf Hitler’s annexation of Austria. There they faced hardship and suspicion, treated as outsiders:

I was shocked that I wasn’t accepted like an ordinary person. I am very upset that today again so many countries are closing their borders. Fewer people would have died in the Holocaust if the world had accepted more Jewish refugees.

She is in no doubt that Anne Frank herself was among those who would have survived had allied countries accepted her family’s asylum application. Anne’s father, Otto Frank, was among the millions of German Jews whose visa application was turned down when he applied to the USA in 1940.

Today, Eva Schloss calls on wealthy countries outside Europe to take their fair share of refugees. To date the US has taken in only 2,290 Syrians, despite claiming to be on the side of the Syrian people.

This is not just a European problem, it’s a global problem. If countries as big as the U.S. and Canada would take in more people, then we would get much closer to a solution.

And she is concerned by the resurgence of fascism, comparing Donald Trump to Adolf Hitler:

If Donald Trump become [sic] the next president of the U.S. it would be a complete disaster. I think he is acting like another Hitler by inciting racism.

And Schloss reminds us that Nazism was only defeated through unity, a quality lacking in today’s scramble over who will take more, or fewer, refugees.

The situation today is worse than it was under Hitler because at that time all the Allies—the U.S., Russia and Britain—worked together to combat the terrible threat of Nazism. If we don’t work together, the world will never be able to resolve the threats it faces today.

We have a huge choice to make on Europe, and the values that we have held for decades. Out of the ruins of the Second World War came a new consensus – to have a union committed to peace, humanity, and openness. We have enjoyed hassle-free movement across borders, intermingling of cultures without fear and animosity. Above all, the countries of Europe agreed to act in a way that is responsible and humane towards those fleeing the kind of totalitarian brutality that was defeated in 1945.

Now those values are being severely tested; the continent is in a panic over the costs, and the imagined ‘dangers’ of the refugee newcomers. We are perilously close to fracturing into disunity. But what is a principle worth, if we abandon it at the slightest sign of trouble? Our integrity is being tested. Eva Schloss charges us to stand by our deeply held values, that have brought us decades of peace.

– Write to your MP, demand that Britain takes its fair share of refugees.
– If you own property, offer to house a Syrian family.
– Sign the petition to ban Donald Trump from entering the UK.