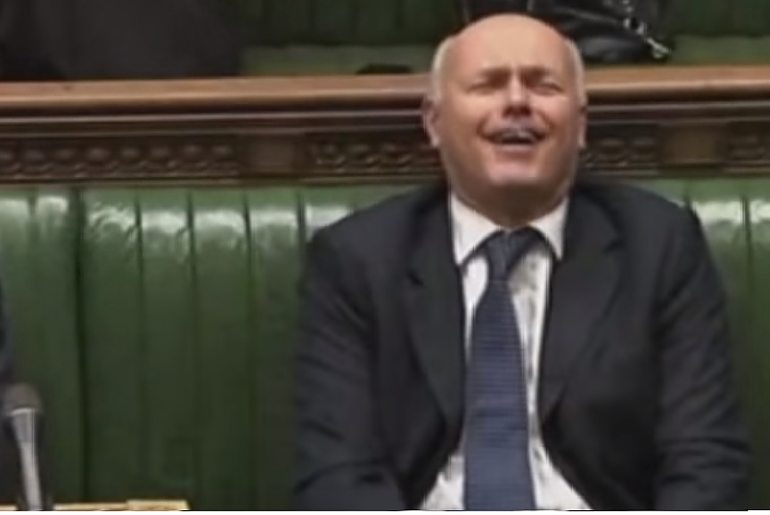 Iain Duncan Smith, the Work & Pensions Secretary, is poised to spend hundreds of thousands of pounds in public money trying to overturn a recent court ruling it would cost less to implement. The ruling was that an exemption clause in the so-called ‘bedroom tax’ must be extended to all abuse victims. Duncan Smith’s appeal in the Supreme Court will go ahead, despite its likely cost to taxpayers being higher than it would be just to enact the exemption.

The bedroom tax, officially called the ‘under-occupancy penalty’, is a term used to describe a cut in housing benefit for council house tenants who are judged to possess a spare room in their home. The benefit cut was designed by the Department for Work & Pensions (DWP), under the remit of Iain Duncan Smith.

The recent ruling in the Court of Appeal declared that the bedroom tax was being implemented in a way that discriminated against some people.

One example was a woman who had been the victim of serious domestic violence. She was, for a short period of time, in a casual relationship with a man who was later convicted of attempted murder. While in prison, he harassed her and in 2002 he sought her out. The ruling noted that,

“A child was conceived as a result of his rape of her and was born in 2003. The child lives with her”.

For this reason, the woman required a ‘panic room’, which she and her child could hide in if they felt in danger. The DWP decided that the panic room constituted a spare room, and so they imposed a cut in housing benefit on the woman. The Appeals court ruled that abuse victims that have panic rooms, which need to be available at all times and therefore cannot be seen as ‘spare’, should not have to pay the bedroom tax.

The cost to the government in exempting abuse victims would be around £200,000. However, going to the Supreme Court to challenge this ruling will cost the government, using taxpayers’ money, even more.

Therefore, Iain Duncan Smith and the Conservative government want abuse victims to pay the bedroom tax entirely for its own sake, no matter how difficult their circumstances. This decision highlights the fact that the government, for all the talk of ‘excessive public sector debt’, is not really interested in saving money. There is no moral, rational or practical basis for challenging the court’s decision. The government’s only real interest is imposing unfair ideological austerity measures on vulnerable people.

The ruling also found that families with severely disabled children needing overnight care were discriminated against by the penalty.

The example looked at by the court is the Rutherford family. Paul Rutherford requires a spare room so that he can look after and care for his teenage grandson, Warren.  The Rutherfords’ home was penalised even though it is frequently used by carers who look after the child overnight. The family challenged the bedroom tax in court and the Court of Appeal upheld their complaints.

At the time Paul Rutherford said:

I’m a bit lost for words. I could almost cry with happiness. Other people are going to benefit from this decision as well. That was partly why we did it.

But on hearing the government planned to appeal he said:

I’m mad angry they’re appealing. I would like David Cameron or Iain Duncan Smith to explain why they are spending taxpayers’ cash on an appeal.

The stated purpose of introducing the penalty was to discourage occupants retaining council properties that have more room than needed. Not only has the penalty caused cruel hardship for people already on the poverty line, it does not even achieve its stated aim. For only one in nine tenants affected by the bedroom tax has been able to move into a smaller property to avoid the tax, due to the lack of housing available. Imposition of the bedroom tax before addressing Britain’s ongoing housing shortage was ideological cruelty on the part of the then-coalition government. It is the equivalent of making people trapped on the highest floor of a burning building jump out of the window before the safety net has been unfurled at ground level.

The bedroom tax has caused children to go hungry and cold at school, as their parents can seldom afford adequate food or clothes for them. It has also led to individuals committing suicide.

And now, the government seems intent on making sure that even abuse victims and families with disabled children are forced to pay, despite the cost of an appeal to the taxpayer.

Iain Duncan Smith has shown how little he cares about those affected by his policies, by constantly talking and laughing through parliamentary sessions discussing the bedroom tax:

The bedroom tax, as noted, has made almost no impact on the issue of housing shortages, but it has also failed in its secondary stated goal of saving money. Despite Iain Duncan Smith’s own claims, it has saved, at the absolute most, £1 billion in almost three years, and may even have cost more than it has saved. But then the government clearly does not see saving money as necessary anyway, or they wouldn’t be spending more money appealing the court’s verdict. All the government cares about is that their ideology can be imposed on the poorest in society- and they will do that at any cost.