Osborne's banking regulator is a poodle, not a watchdog, and this vote of no confidence proves it - The Canary 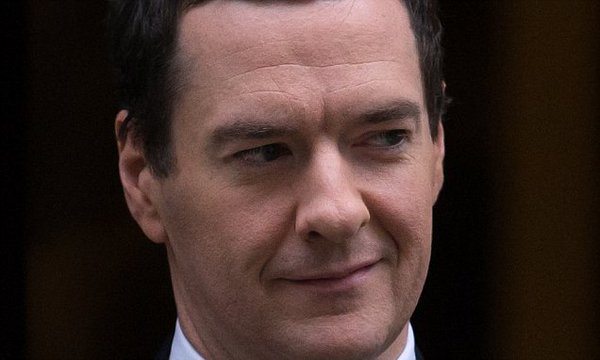 The Financial Conduct Authority (FCA), ostensibly created to overhaul the banking practices and culture that led to the 2008 financial crisis, was the subject of a debate, and threatened with a vote of no confidence on 1 February. Backbench MPs from all parties criticised its failings and inefficiencies, along with the all-too-cosy relationship between the government, the banks, and the regulator set to watch over them.

The vote for a statement of no confidence in the FCA was expected to carry overwhelmingly, with only two out of fifteen total speeches to the house coming to its defence. However, as often happens in backbench debates- time ran out, with the caller of the motion, Guto Bebb, cut off in mid sentence.

Labour’s John Mann spoke with emotion against the handouts given to the financial sector, saying:

We keep being told that the banks are the engine of the British economy, but they certainly aren’t the engine of tax receipts because most of them aren’t paying tax.

Conservative MP Guto Bebb, who has repeatedly pushed this issue, spoke about the difficulties surrounding redress and compensation for those who have been victims of bank malpractice. There was also condemnation on the subject of gagging orders which prevent those victimised from talking about their settlement or lack thereof.

Bebb closed his address by saying:

The regulator, Mr Speaker, needs to work with integrity. It needs to be independent…

Concerns about the FCA’s effectiveness, independence, and impartiality have been a constant since its creation, particularly after its chief executive Martin Wheatley was forced out under pressure from Osborne.

Wheatley’s “tough” and “combatative” stance on banking practices garnered him respect as the man capable of reforming the City. Prior to his dismissal he had cracked down on major banks, forcing them to pay fines for malpractice. So when he was forced out, many concluded that an angry and fearful banking sector had told Osborne to jump.

But it was the FCA’s more recent move to axe an investigation into banking culture that pushed MPs on all sides of the house to this vote of no confidence. The review in question, which was designed to probe the culture of incentivised risk-taking that caused the 2008 financial crisis, was scrapped on new year’s eve – a great day to bury news.

Prior to the debate on 1 February, John Mann – who sits on the Treasury select committee – had said the following about the FCA’s decision:

George Osborne is behind it, without any question. The cultural issues are what lays at the heart of the financial crisis. It’s fundamental. Individuals took irrational risks with other people’s money.

Records show that George Osborne has had as many as 85 meetings with bank bosses since becoming chancellor, 5 of which came in the months leading up to FCA’s decision. This review promised to be the most significant breakthrough in recent years, something that might have provoked lasting and fundamental change in the banking sector.

Mann summed up the situation very well during the no-confidence debate:

This vote of no confidence has dragged several unsavoury realities into the harsh light of day. Firstly, it has become abundantly clear that the regulator we rely on to prevent another financial crisis is not independent, but in the grip of the Chancellor. It is simply a watchdog which he can whip when it bites his friends or doesn’t do tricks when he asks it to. The vote has also proven that the government is not in the least bit independent or able to act on the interests of those it claims to represent. It is instead under the sway, and in the pay, of the financial sector which has damaged us so greatly.

– Write to your MP saying you will vote for the candidate who will get behind a change in banking culture.

– Close down your account and move to an ethical bank.

– Get involved in the Occupy movement, which has been taking on the banks for years.